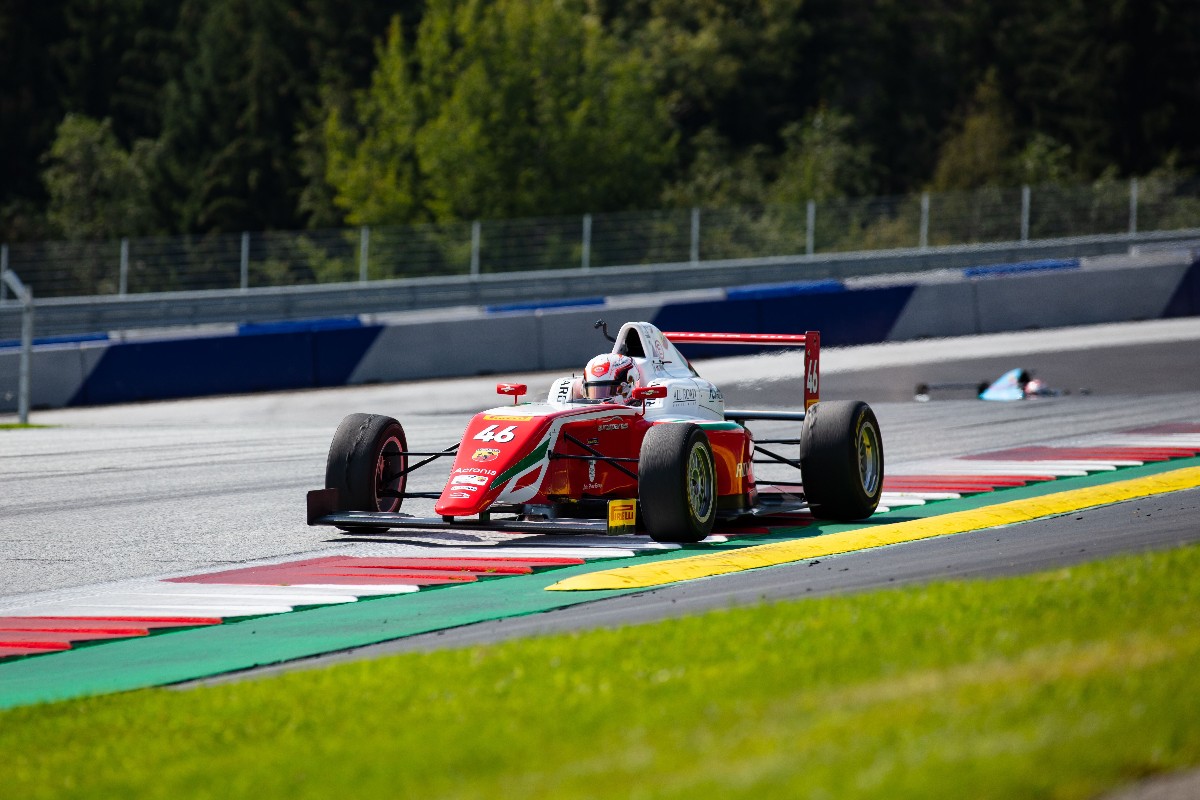 Mucke Motorsport driver Duerksen was quickest in Q1, where the pace was initially set by Cram Motorsport’s Andrea Rosso.

Van Amersfoort Racing’s Jak Crawford took over at the top after him, then became embroiled in a battle for first place with Prema’s Gabriel Bortoleto. Duerksen lingered down in 27th until finally getting a traffic-free lap in with three minutes to go, and immediately went fastest.

Crawford responded to beat him by a few tenths of a second, but Duerksen’s next lap was even better and he claimed pole for what will be his first Italian F4 start of the year.

Mini snuck himself into second place not long after, dropping Crawford to third ahead of his points-leading team-mate Francesco Pizzi. Bortoleto and Crawford’s fellow Red Bull junior Jonny Edgar ended up fifth and sixth, with Ferrari junior Dino Beganovic in seventh for Prema and Ollie Bearman in eighth for US Racing.

Jenzer Motorsport’s title contender Filip Ugran didn’t make it to track, meaning he will start race one from 31st place if he even makes the start.

Abu Dhabi Racing’s Hamda Al Qubaisi was the surprise pacesetter at the start of Q2, before Rosso and then Bortoleto once again rose to the top. This time Edgar looked quicker and he followed up by going fastest, and Al Qubaisi looked set to reclaim the position with seven minute to go before an awful middle sector.

Crawford was then next to top the times, as Rosso was waved a black-and-white flag for track limits violations, and Duerksen also rose up the order. It was Mini who handled the traffic best though this time around, taking pole ahead of Crawford, Bearman, Beganovic, Edgar and late improver Pizzi.

Mini’s second-best lap across the two sessions put him on pole for race three, ahead of Crawford, Beganovic and Edgar.