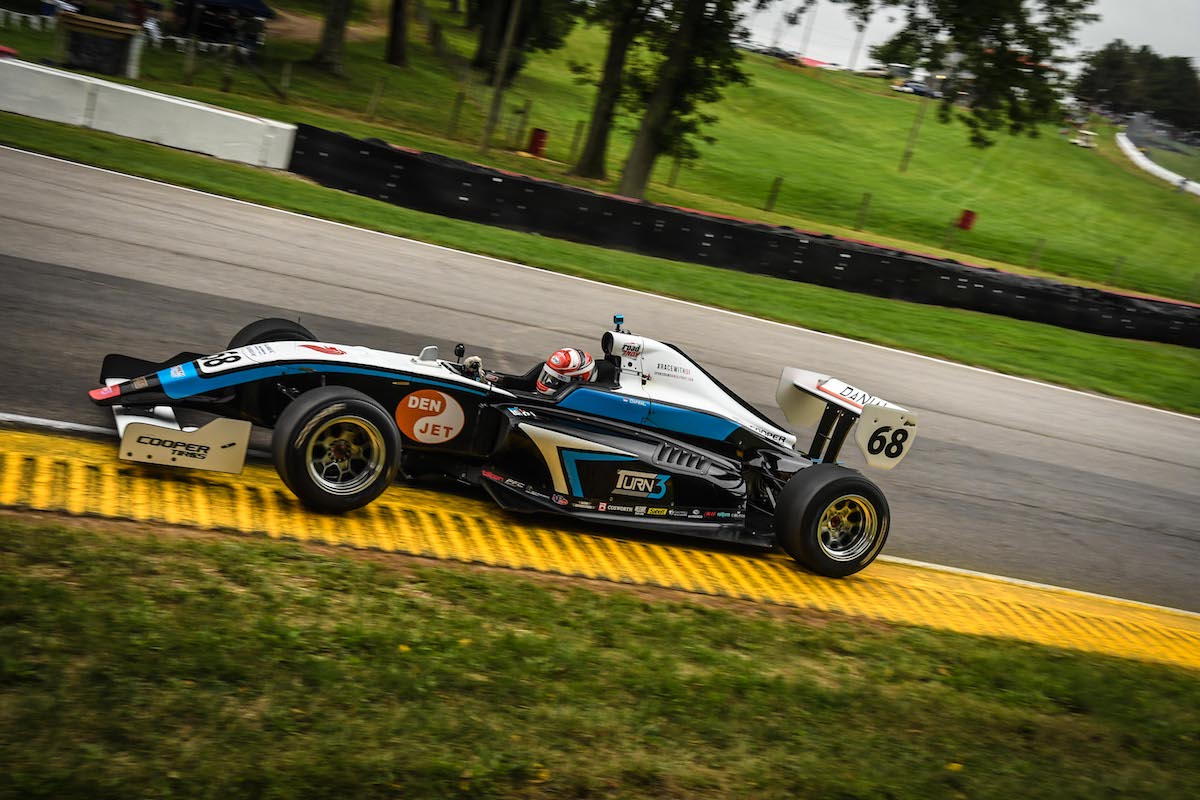 The rescheduled second round was only announced during the week, but the majority of the regular competitors are in attendance.

Braden Eves, who was injured in a frightening accident at Indianapolis, is present, but merely as a spectator.

Turn 3 Motorsport’s Frost set the best lap-time late in the first of two 20-minute sessions to take his first pole position of the season, adding to a pole at Lucas Oil Raceway in 2019.

The session was interrupted late-on for a crash involving Pabst Racing’s Colin Kaminsky, and in the final moments Frost pipped DEForce Racing’s Parker Thompson to take the top spot.

Sulaiman (also DEForce) was quick early on but slipped to third, ahead of Juncos Racing’s Sting Ray Robb and Pabst’s Hunter McElrea, who rounds out the top five for the first of two races.

In the second session, a crash for Juncos’s Artem Petrov changed the complexity of the second 20 minutes. He was sixth in the first session, and ended up 11th in the second.

Unlike in the first session, the time was not paused, leaving just six minutes on the clock for the final lap times.

Sulaiman and Robb traded the fastest laps throughout, with both drivers improving on their final efforts. Sulaiman beat Robb by just 0.03s to secure his third pole of the season.

McElrea was third, ahead of Thompson and Frost – who was only fifth fastest having been quickest in the first qualifying.

Andretti Steinbrenner’s Devlin DeFrancesco had a tricky couple of sessions, ending up seventh in Q1 and sixth in Q2.

Abel Motorsport’s Jacob Abel failed to set a representative lap time in the second session, while FatBoy Racing’s Charles Finelli appeared to have issues throughout both qualifyings.