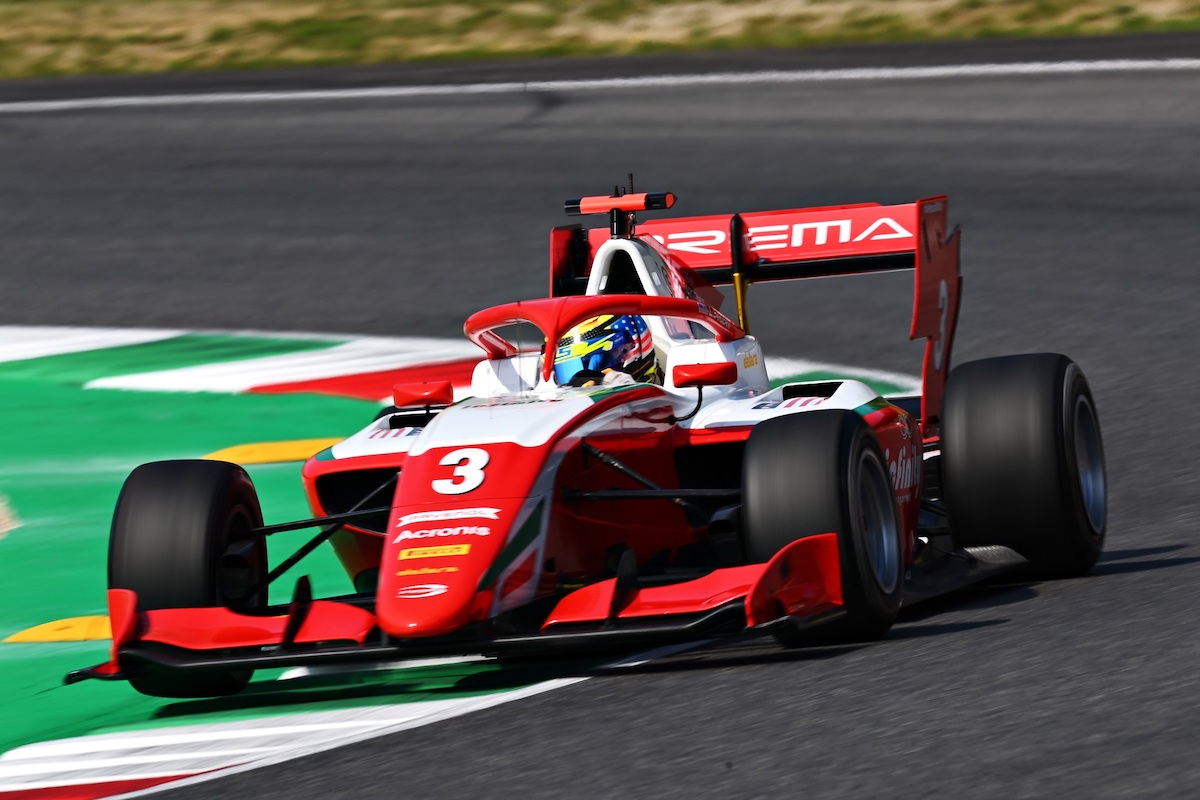 Prema Racing’s Logan Sargeant has stated that he has “nothing to lose” in what could be a championship-deciding first FIA Formula 3 race of the weekend at Mugello.

Sargeant and team-mate Oscar Piastri are best-placed in the points to secure the title this weekend, but both find themselves with grid penalties carried over from Monza.

Piastri, who leads the championship by eight points, will only start 16th after qualifying 11th, while Sargeant starts fifth after ending the qualifying session second-fastest.

However, speaking in the post-qualifying press conference, Sargeant feels that he has everything to gain in the final weekend of the season.

“At this point I have no nerves if I’m being honest,” he said.

“I’m eight points behind, I have nothing to lose. I’m here to win the championship. If I can do that, great. Similarly, I’m not here to finish second or third. I’m definitely going to be giving it everything.”

“I think at this point the whole top six is still in it so you can’t count them out,” Sargeant added. “I’m just going to do my best to win and if that’s enough, that’s enough.”

Mathematically, Sargeant can clinch the title in Saturday’s race if he wins and takes the fastest lap and Piastri fails to finish any higher than 10th.

“I’m going out to win. Obviously, if things change during the race, I’ll be told over the radio and that might change my mindset slightly but going into the race I’m definitely trying to win.”

Sargeant was also asked about his relationship with rival Piastri, and brought up their shared history which goes back to their karting days.

“I think we need to remember that I’ve known Oscar since 2014-2015, so it’s not like our relationship is brand new,” he said. “We were karting for a long time as team-mates so I think we’ve built that through the years and we respectfully have been battling each other this year.

“I think at the end of the day we just need to be fair with each other. I hope everyone around me is fair with me as well and hopefully all the wheel-to-wheel battles go OK and I can get a good result tomorrow.”

After his qualifying session, Piastri said he was angling towards a top result in Sunday’s reversed-grid race.

“It’s far from ideal,” he said. “We saw last week that anything is possible. I will keep my head up for tomorrow, trying to make the top 10 and to score big points on Sunday.”