Fabio Leimer and debutant James Calado are victorious in Abu Dhabi, Oliver Rowland wraps up his first title in cars and Nyck de Vries is again the number one in world karting…

Fabio Leimer had entered the non-championship GP2 event in support of the Abu Dhabi Grand Prix at Yas Marina as the favourite after his blistering pace in post-season testing. He promptly went and put it on pole position on Friday, and then ran away with the feature race on Saturday. Luiz Razia finished second, with Jolyon Palmer a distant third (scoring his first podium and improving on his previous best result of ninth).

Another of the favourites, Marcus Ericsson, had a dreadul qualifying and started down in 13th, but fought his way back through to finish just behind Palmer. Auto GP champion Kevin Ceccon was fifth, with Tom Dillmann the best of the debutants in sixth. Fellow GP3 graduates Antonio Felix da Costa and James Calado completed the top eight.

The second race saw Calado start from pole, leading away from Felix da Costa and a fast-starting Ericsson. Ericsson would later dispatch of Felix da Costa and set off Calado, but couldn’t get close enough to the Brit who won on only his second GP2 start. Dillmann completed the podium after Felix da Costa and Razia both picked up drive-through penalties.

Palmer completed a good weekend with fourth, while Esteban Gutierrez fought his way to fifth through after starting near the back having had to replace his rear wing early in the feature race. Ceccon took sixth in a frantic last lap battle with Alexander Rossi, Dani Clos and Leimer.

Despite not scoring in the sprint race, Leimer’s win on Saturday was enough for him to top the standings for the weekend, while Calado won 15,000 euros from Pirelli for being the top GP3 graduate. 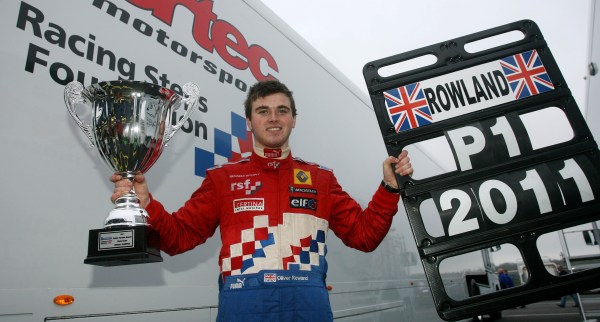 The Formula Renault UK Finals Series concluded at Rockingham with the fifth and six races of the mini-series. Josh Hill completed his complete domination of qualifying by taking pole for both races. More contact between him and Oliver Rowland put the son of the 1996 world champion out on the first lap of the race though, leaving Rowland to go on and take his fourth win from five races – enough to secure him the title and cap an impressive first year out of karts.

In the second race Hill lost the lead at the start to Rowland, but would later take it back to take his second win of the Finals Series. Austria’s Thomas Jager completed the podium, ahead of Formula Ford racer Nick McBride and BARC graduate Josh Webster.

Wells finished runner-up in the standings, ahead of Kvyat and Webster. Hill paid the price for two retirements down in fifth, with Jager, McBride, Felix Serralles and the Eurocup duo of John Bryant-Meissner and Hans Villemi completing the top ten.

Finally, the five-round CIK FIA World Karting Championship came to a head at Suzuka. While Poland’s Karol Basz won the first two races on Saturday, Nyck de Vries closed on the title. Second place behind Ignazio D’Agosto in Sunday’s first race was enough for the McLaren protege to secure the crown, his second consecutive world title. The Dutchman went onto win his very last kart race in the fourth and final race. He is poised for a move into Formula Renault in 2012.

Red Bull-backed Alexander Albon finished second in the standings, ahead of the Italian duo of Flavio Camponeschi and D’Agosto. 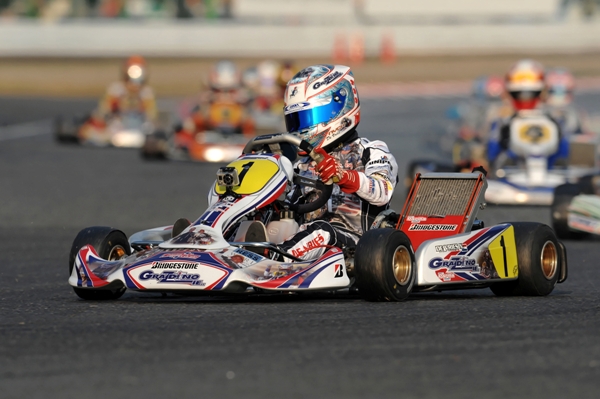 De Vries looks set to step up to Formula Renault in 2012 - Photo: CIK/KSP

PaddockScout Driver of the Weekend: Oliver Rowland – For the second week in succession, another fine performance from the British car racing rookie.

Weekend Preview: A look ahead to 2012 in the GP2 Final