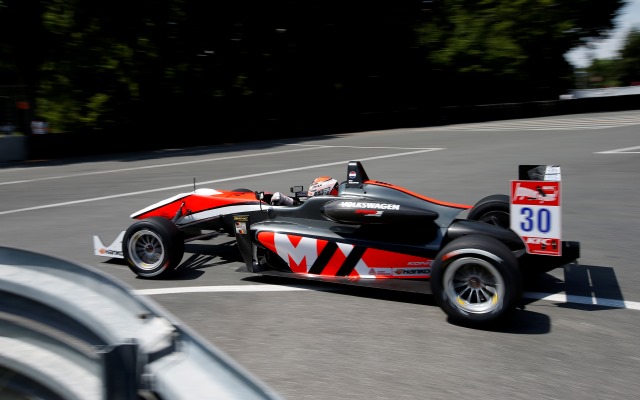 Max Verstappen has put himself in position to claim a second consecutive hat-trick of wins in the FIA F3 European Championship by claiming pole for the second and third races at the Norisring in a rain-affected session.

The 16-year-old, who followed his Spa treble last weekend by winning Saturday morning’s first race from third on the grid, managed a best time of 48.118 before the rain began, enough to claim race two pole by 0.088s from championship leader Esteban Ocon.

Blomqvist will start third for race one ahead of Felix Rosenqvist. Rosenqvist leads Ocon on row two for race three.

Santino Ferrucci threatened the leading positions in just his second weekend in the series, the 16-year-old securing fifth and sixth on the grid for the two races, alternating with Jordan King.