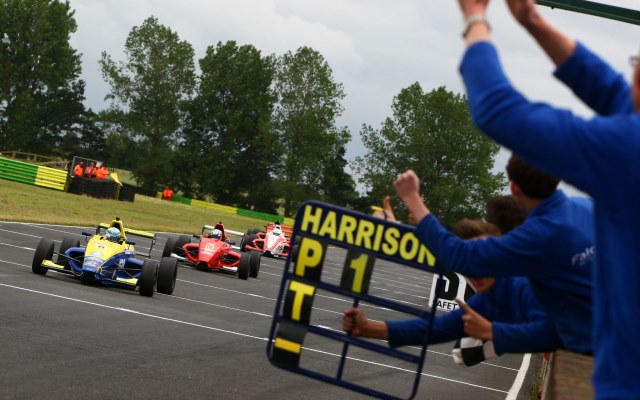 Harrison Scott scored his third win of the Formula Ford GB season in the opening race of the Croft weekend, after a safety car finish denied a charging Ashley Sutton from challenging for the lead.

Scott led from pole position, and had opened up a 1.4 second lead by the end of lap six. By then, Sutton had worked his way through the field from sixth on the grid, passing Juan Rosso to claim second place.

Sutton had closed right up to Scott by lap ten when the safety car was called following a three-car incident that eliminated Ricky Collard and the Meridian pairing of Connor Mills and Connor Jupp while fighting over seventh.

Rosso completed the podium ahead of Radical team-mate James Abbott. Front row starter Max Marshall was relegated down to fifth ahead of JTR team-mate Jayde Kruger, who was able to make up only one place after starting down in seventh. That means he has slipped two points behind Scott in their championship fight.