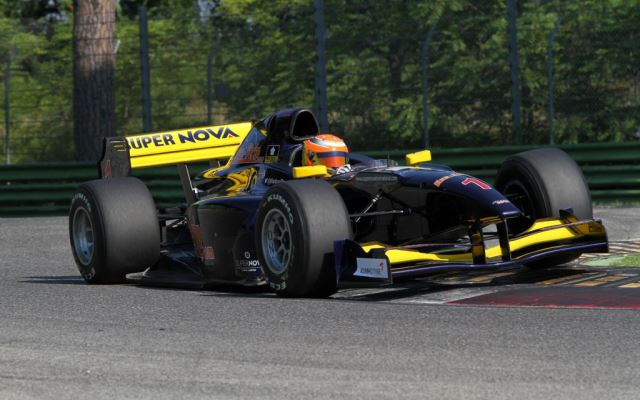 German driver Markus Pommer will start from pole in the opening Auto GP race at Imola after a dominant qualifying performance from the Super Nova driver.

Pommer topped both Q1 and Q2, the latter with a comfortable four tenths gap and will share the front row with championship leader Kimiya Sato.

Norwegian Pal Varhaug, who is returning to the series after finishing runner-up in 2012, took third, followed by the Italian duo of Kevin Giovesi and Andrea Roda.

Tamas Pal Kiss will begin the race from sixth, while the top nine of the grid is completed by Michela Cerruti, Christof von Grunigen and Vittorio Ghirelli.

The last four positions are occupied by gentleman drivers, in the order of Francesco Dracone, Michele La Rosa, Giuseppe Cipriani and Salvatore Deplano.