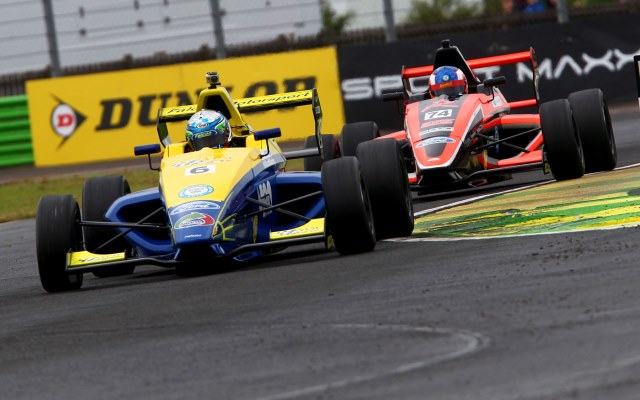 Harrison Scott has given himself a great opportunity to reclaim the Formula Ford GB championship lead at Croft this weekend by claiming both pole positions on offer in a damp qualifying session.

Capitalising on the drying track, Scott out-paced the rest of the field by more than three tenths of a second, and was the only driver to set a time below the 1m21s mark.

Max Marshall was second quickest for JTR ahead of the Radical duo of James Abbott and Juan Rosso.

Scholarship class runners Ricky Collard and Ashley Sutton will share row three of the grid ahead of championship leader Jayde Kruger. The South African, who led Scott by nine points coming into the weekend, was caught out by the conditions and also had his best time disallowed for not respecting track limits.

Connor Mills, Chris Mealin and series returnee Louise Richardson completed the top ten on the grid for race one.

Scott claimed pole for race three on second-fastest times by just 0.087s over Abbott, whose quickest two times were within two thousandths of a second of each other. Rosso and Marshall will be third and fourth respectively, with Kruger in fifth ahead of Sutton.