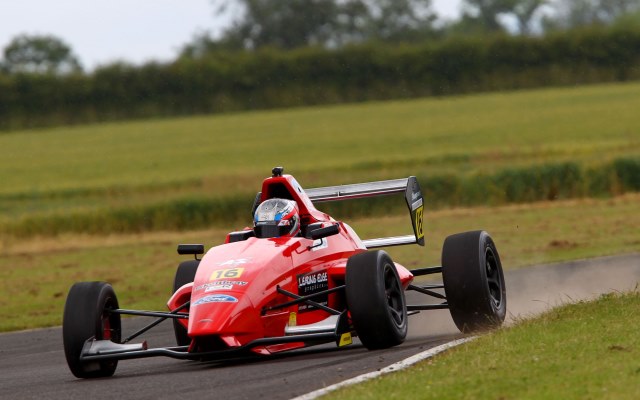 Ashley Sutton delivered on his recent promise by claiming his maiden Formula Ford GB win in race two at Croft.

Sutton, who had been denied the chance to claim victory in race one by a late safety car, started third on the grid with the top four drivers reversed. He retained his place off the line as race one winner Harrison Scott vaulted past him and into second.

Sutton passed Scott for second at the hairpin at the end of lap six and set off after pole-sitter James Abbott, taking the lead away from the Radical driver on lap nine. He stretched his advantage to 2.3 seconds over the last four laps.

Scott finished third, extending his championship lead to six points. His rival Jayde Kruger finished fifth, on the tail of front-row starter Juan Rosso. Max Marshall was sixth after a lap three error dropped him behind Rosso and Kruger.

Chris Mealin and Louise Richardson completed the top eight ahead of Ricky Collard, who started from the pitlane after quick repairs following his race one collision. Of the other two drivers involved in that incident, Connor Jupp didn’t take part while Connor Mills joined in late and only lasted two laps. Greg Holloway therefore completed the finishers in tenth.