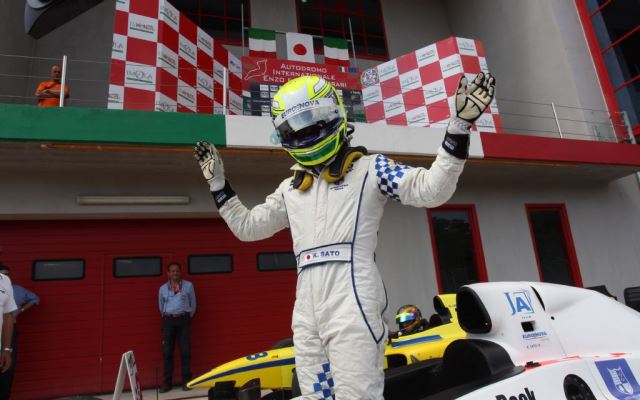 Euronova’s Kimiya Sato?extended his championship lead after winning the first Auto GP race of the weekend at Imola.

Sato, starting from second, took advantage of pole-sitter Markus Pommer‘s retirement?after the German hit mechanical issues with his car on lap one.

Kevin Giovesi and Andrea Roda both made it to the podium after passing Pal Varhaug on the first lap, forcing the Norwegian to settle for fourth.

Super Nova’s Michela Cerruti?and?Francesco Dracone?secured fifth and sixth, with the latter keeping?Christof von Grunigen at bay during the whole race.