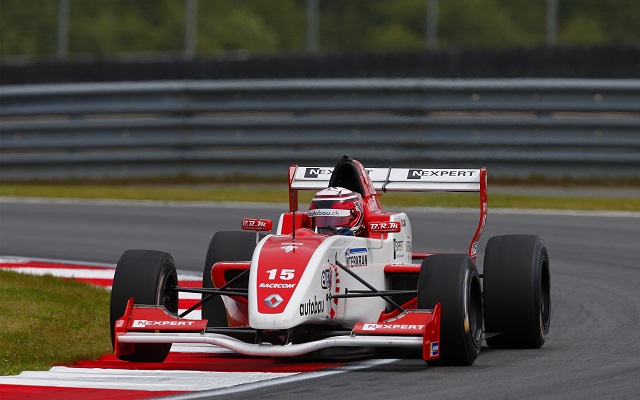 18-year-old Swiss racer Kevin Jorg has been methodically working his way up the European junior single-seater ladder over the recent few years, impressing in every step along the way. 2014 has seen some of his best results yet – including great pace in the pre-season, a career-first Formula Renault win in the NEC series at Monza and a maiden Eurocup podium at Aragon. We caught up with the Josef Kaufmann Racing driver after he fought his way into the points in the Saturday race at Moscow Raceway.

Now that we’re five races into the season, have the goals you’ve had at the beginning of the year changed? Did you expect to do better or worse?

Well, I’d put it like this. I have shown on several occasions that I can be very quick – like, at Spa and at Aragon, I was fastest in my qualifying group, which is much better than I expected. So that made me quite happy. But the only race that really went well for us was the second race at Aragon. The rest was not so- there was always something not working as it should, some bad luck…

Are you still learning the tracks that WSR races on or do you know them well by now?

I mostly know them. Some I still learn – like, I was only here [at Moscow Raceway] last year and last year it didn’t go well at all. I think I was on the last row for one of the races. So I’ve improved a lot and I think this year shows that I learn tracks pretty quickly.

Let’s talk about last year – you were racing with Jenzer in the Eurocup and it didn’t yield a lot of points. Yet, in Alps, you did really well. What was the reason behind the contrast?

Well, in Alps, we had three hours of practice. And, since Jenzer were also somewhat new to Formula Renault, Alps allowed us to test and set up the cars for the tracks. So it went really well. In the Eurocup, though, we had only two sessions of 40 minutes and that wasn’t a lot.

You finished really well in the Alps series – fourth and best of the non-Premas. Were you satisfied with your season in that series?

Yeah, I think it went quite well. It actually got better and better as it went along, too, probably because of the abundant practice time.

Your debut season in cars was in the Formula BMW Talent Cup. What was that like? It was a bit of a quiet championship in terms of PR.

Well, yeah, it was a bit special… as series organizers also supplied all the cars and such. It was an okay learning year… not exactly like doing a real series, but still a solid learning experience.

You were fighting Wackerbauer and Gunther and the likes?

Yeah, I was always around the top five and fourth in the final race was quite good. 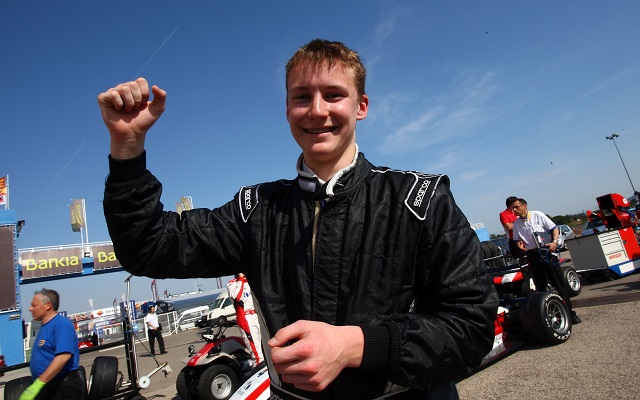 Next year after that, you moved into Formula Abarth in arguably its best year – a lot of strong graduates. You placed as second-best rookie – was that season a good learning experience for you? How did you find the series?

I really liked the car, which was, like, very light, so it was a nice car to drive. I think I learned a lot from it and also from the team – Jenzer were quite good in that series. So, overall, I think it was pretty good.

Were you satisfied with the results – sixth overall, if I’m not mistaken?

Well… let’s say “not totally”, because… in the first race weekend, I did really well and had a pole position and we wanted to keep that up. But then, during the second weekend, I had a really big accident, broke my engine… like, it was split in half.

How did that happen?

I was pushed and I ended up going into the wall sideways. And, so, the replacement engine wasn’t quite as good as the first one. Also, the crash didn’t really come at a good moment for me… it was quite an experience.

On a more general note, you probably heard Romain Grosjean say that he is a French driver, despite the fact he was born and raised in Switzerland. It was said that he never got backing from Swiss sources. Was that the case for you?

Well, I did manage to find backing from some Swiss sources and I’m very thankful for that. But, yeah, it is difficult to find sponsors. There are a lot of big companies, but they prefer a greener image. There’s definitely a market for racing in Switzerland though – you go to those hillclimb races they hold here and they get many thousands of visitors. The interest in circuit racing in the population is there, but it’s not quite as acceptable in the public eye just yet.

In the first round of the NEC championship at Monza you took your first win in Formula Renault. How did that feel?

It felt great. I was really quick there – unfortunately I made mistakes in the first qualifying, but then got pole in the second. I made no mistakes in the race from pole and that was that.

Did that do a lot for your confidence?

Yeah, I think it had quite a good effect.

Are you planning to do any more NEC rounds this year?

Yeah, I plan to do more rounds when the Eurocup goes on its summer break. The first one is Spa and then we’ll also go to Most at the end of the year.

What are your goals for the remainder of the season?

Well, I want to do well in qualifying. Today, P2 was possible going by my best sectors. Generally, I want to keep up that kind of speed. Then I’ll get good results.

Did you have any other options apart from FR2.0 for this year?

I tested two test days at Abu Dhabi in GP3, but we decided to stay in Formula Renault 2.0 because I felt I could be quick here. 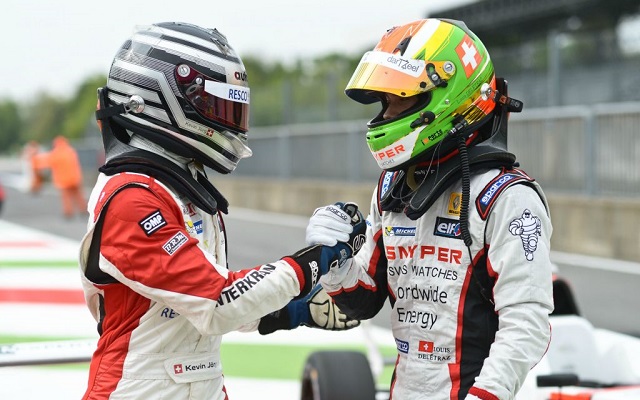