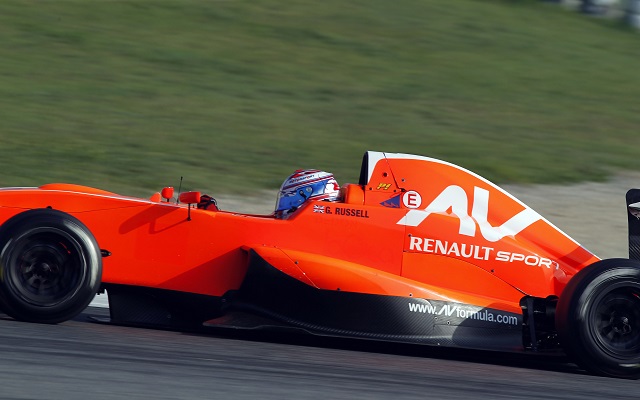 34 cars will be taking to the Circuito de Jerez over 27-28 of March for the final Eurocup Formula Renault 2.0 pre-season test.

Promising karting graduates Max Verstappen and George Russell will be joining the test, having previously impressed in the 2013 rookie testing day in the series. Verstappen, who has secured a deal to race with VAR in FIA F3, will test with Manor MP, while Russell, who is set for a double campaign in BRDC F4 and FR2.0 Alps, will run with Koiranen.

After impressing onlookers in the previous pre-season test at Barcelona, Charles Leclerc will do both days for Fortec, joined by the team’s regular Eurocup lineup of Matt Parry, Martin Rump and Jack Aitken.

Andrea Pizzitola and Steijn Schothorst will test with Manor, while JKR will run their Eurocup lineup of Gustav Malja, Ryan Tveter and Kevin Jorg.

Nicholas Surguladze and Ignazio D’Agosto will continue testing with Koiranen GP. Meanwhile, there will be no changes to the KTR lineup, as the team continues to run Alex Albon, Gregor Ramsay and Jules Gounon.

Stanaway and Merhi among additions to GP3 field for Estoril test