Stanaway and Merhi among additions to GP3 field for Estoril test 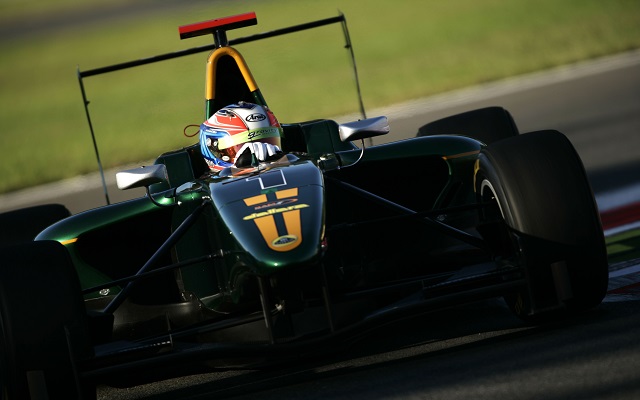 The GP3 Series organizers have unveiled the full entry list for the three days of pre-season testing at Estoril.

The test will mark the return of Kiwi racer Richie Stanaway to single-seaters with the highly-rated Gravity driver having been absent from open-wheel racing since 2012, when his rookie campaign in Formula Renault 3.5 was cut short due to an injury. The New Zealander, who became a race winner on his sole weekend in GP3 in 2011, spent 2013 in the Porsche Supercup while also racing for Aston Martin in the FIA WEC.

Stanaway will test with Status Grand Prix on Thursday, before handing the car over to fellow single-seater returnee Roberto Merhi. The Spaniard, who became the F3 Euro Series champion in 2011, spent two years in the DTM with Mercedes, but was left without a seat for 2014. Over the pre-season he has tested extensively with Zeta Corse in Formula Renault 3.5.

The other two Status cars will be occupied by confirmed driver Nick Yelloly and Formula Renault 2.0 NEC graduate Alfonso Celis.

Meanwhile, Trident will field Canadian racer Nelson Mason alongside their confirmed duo of Roman de Beer and Victor Carbone. Mason, 26, finished third in the 2013 European F3 Open season and was tipped for a promotion to FIA F3, but did not wind up getting a seat.

Norwegian racer Pal Varhaug, who won the first even GP3 race in 2010 and was the Auto GP series runner-up in 2012, will test with Jenzer alongside 2013 GP3 rookies Adderly Fong and Melville McKee, with the latter having celebrated his maiden race win in the series last year.

Jimmy Eriksson and Santiago Urrutia, both confirmed for 2014 race drives with Koiranen GP, will be joined for the test by Carmen Jorda.

As planned, the Force India-backed Hilmer team will make its GP3 debut at the second test at Jerez on 10-11 April.