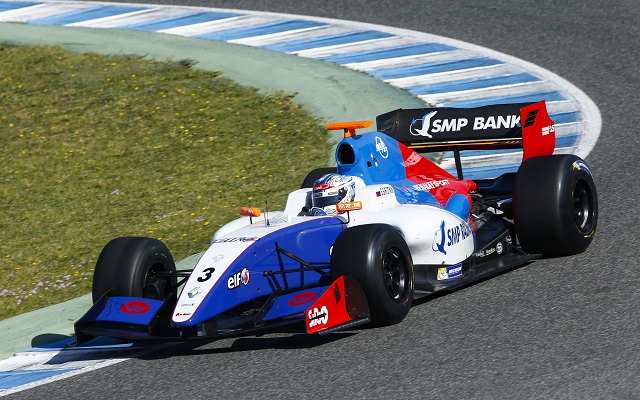 Fortec’s Sergey Sirotkin was quickest in the afternoon session of day three of the Jerez Formula Renault 3.5 test.

Sirotkin took over at the top from Pons Racing’s Tio Ellinas in the closing minutes of the day, bringing his number of?topped pre-season sessions up to three.

The Cypriot, who switched to Pons after two days with Tech 1, picked up a personal best result of second as he led AVF’s Zoel Amberg and Arden’s Pierre Gasly in third and fourth respectively.

Beitske Visser, who has been unveiled as AVF’s full-time 3.5 driver today, took eighth, as Marlon Stockinger and Will Buller rounded out the top ten.