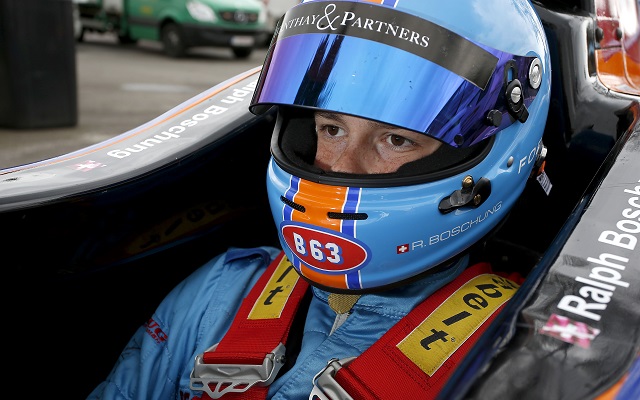 Swiss racer Ralph Boschung will continue in ADAC Formel Masters in 2014, having signed with the Motopark Academy-run Lotus squad for a title assault.

The 16-year-old graduated from the Formula BMW Talent Cup in 2012, having taken two race wins in the series on his way to fifth in the Grand Final.

He made his ADAC Formel Masters debut the following year, joining the ranks of Team KUG. Boschung took his first podium in the series during round two at Spa and wound up picking up a win later on in the season, inheriting first place in the Slovakia Ring reverse-grid race after series champion Alessio Picariello received a post-race penalty.

Having taken an overall seventh in last year’s standings, Boschung joins other successful 2013 rookies Marvin Dienst and Mikkel Jensen in returning to the championship for a sophomore year, with series runner-up Maximilian Gunther set to follow suit.

Motopark were the series’ team champions in 2011 and 2012, but had a tough year in 2013, finishing fourth between Mucke Motorsport, Neuhauser Racing and Schiller Motorsport.

Visser to get debut season in Formula Renault 3.5 with AVF