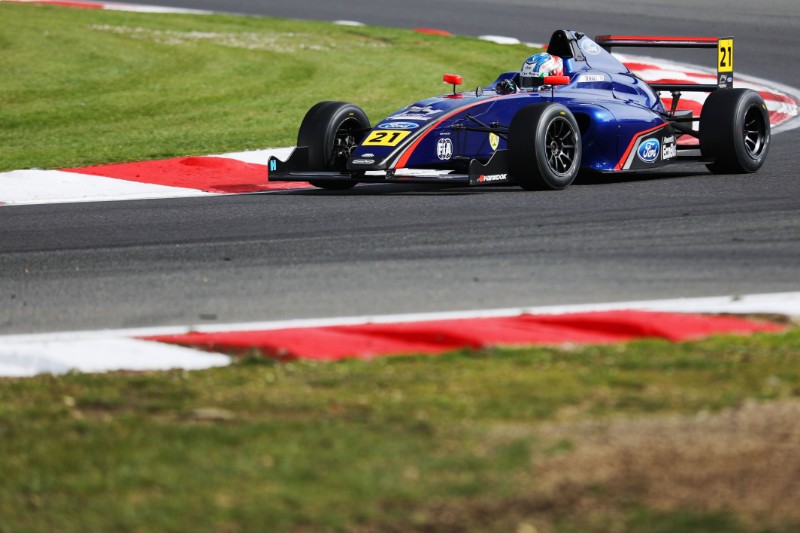 Carlin?s Joe Turney and Double R Racing’s Sebastian Alvarez will start the first and third races of the 2019 British Formula 4 season at Brands Hatch from pole.

Karting graduate Turney, whose F4 deal was only announced a day before the season got underway, spent most of qualifying swapping positions with team-mate Zane Maloney and Alvarez as times rapidly improved on a drying track after some early rain.

Turney ended the session with a quickest time of 46.346s, over a quarter of a second slower than the free practice benchmark that Maloney had set.

Barbadian Maloney, also a single-seater rookie, was just 0.010s slower than Turney, with Alvarez rounding out the top three a further 0.021s behind.

Alvarez?s consistency means his second fastest qualifying time puts him on pole of the third race of the weekend, ahead of Maloney and JHR Racing?s Carter Williams, who lines up fourth for race one.

Championship returnee Josh Skelton was the first man to set a time under the 47s mark, but was shuffled down the order as others improved late in the session. He lines up in eighth, ahead of lead Fortec Motorsports driver Roberto Faria and Luke Browning, who spent most of the first half of the session in the pits with a technical problem on his Richardson Racing car.