We look back at the curtain-raiser to the 2012 season – the Toyota Racing Series, with five rounds held over five weekends across New Zealand, and featuring top Kiwi talents and young international stars… 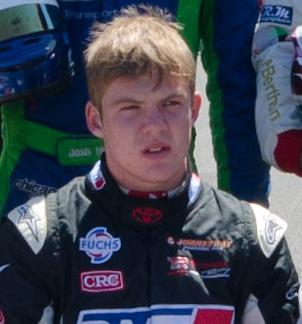 Runner-up in 2010, Cassidy began the campaign as the title favourite, and duly lifted the title at Manfeild last weekend. A double victory at round two at Timaru put him into the championship lead, which he never surrendered. In addition to winning a third of the 15 races, consistency was key – he never once finished outside of the top eight, and only twice outside the top five. Now hoping for a move to Europe, although he could also be lured away by V8 Supercars in Australia. Season rating: 9 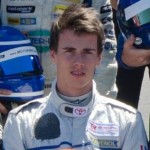 Ignoring his fifth place at the Macau Grand Prix, van Asseldonk hadn’t really set the world alight thus far in his career. So it was a little surprising to see him end up as the best of the international runners, and by some margin. His double win at the season opener would have put him in the points lead under a more traditional F1-style points system, although a poor weekend followed at Timaru. Consistent podiums and another win at Taupo followed to secure him the runner-up spot. His reputation is growing. Season rating: 8 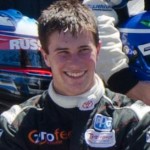 Leitch was certainly the surprise package of the season, or at least the first half anyway. Little was expected of him up against the international racers with proven track recors, but he used his previous experience of the cars to record two podium finishes at his local circuit of Teretonga – enough to lead the championship after the opening round. A win followed at Timaru, but he failed to finish inside the top ten during either of the final two rounds. Nontheless, his performance could push him onto greater things. Season rating: 8 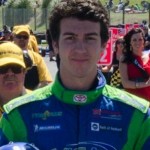 Great things were expected of Hill as he embarked on his second straight campaign in the TRS, but he failed to lead the international challenge against Cassidy. Things started brightly with victory in the opening race of the season at Teretonga, but too many poor results followed.? He never quite had the pace to match the likes of Cassidy either. Saying this, he is showing promise. Has signed for champions Fortec for his second Formula Renault UK campaign and thus starts as the favourite. Season rating: 6 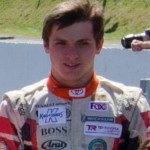 King suffered a poor start upon arriving in New Zealand, partly down to bad luck though poor judgement and inexperience probably played a hand too. He soon turned things around though, taking the only round win for an international racer at round three at Taupo. Was well on the pace at the following round too, and like Hill he could have had a better finishing position. However, he was well off the pace at Manfeild. Running both the Formula Renault Eurocup and NEC this year, and should be a contender in the latter. Season rating: 7 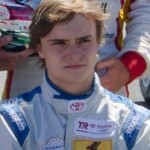 If King had a bad start to the season, then Auer’s was just a disaster. He wasn’t lacking pace – he scored a double pole position at the opener at Teretonga. However, on both occasions he managed to go off out of the lead in wet conditions. Results were still hard to come by next time out, but from Taupo onwards he found some fantastic consistency to rack up nine straight top seven finishes. Unfortunately though, he never showed the pace he had at Teretonga. The JK Racing Asia Series champ takes on the German F3 Cup this year. Season rating: 6 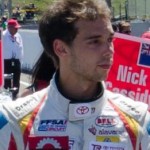 Berthon arrived in New Zealand as the driver from the highest rung of the ladder, having raced in FR3.5 and GP2 and tested in F1. Missed all testing and practice ahead of the Teretonga opener, but the first race actually produced what would be his best result of the campaign – fourth. His final position was probably more down to consistency rather than outright speed – something that was a bit of a disappointment considering his record. Should be graduating to GP2 full-time this year. Season rating: 6 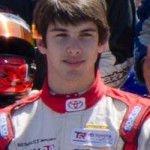 Serralles hadn’t really raised any eyebrows during his time in Formula Renault in Europe, so his pace in New Zealand was a pleasant surprise. The first weekend at Teretonga delivered three top six finishes, and he was on the podium next time out at Timaru. A qualifying accident at the penultimate round at Hamption Downs forced him out of that weekend on medical grounds, but bounced back with a win at Manfeild by keeping Evans at bay. Good signs ahead of his step up to British F3. Season rating: 8 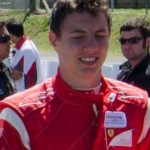 Much was expected of Ferrari protege Marciello, but he didn’t quite deliver. In fact, he finished up bottom of the pile of drivers who arrived with established reputations in Europe. He had very little to show for the opening couple of rounds, but was strong at Taupo and Hampton Downs – scoring a reverse grid win at the latter. A disappointing final weekend that ended in retirement saw him slump a couple of places in the standings. Announced this week as graduating to F3 Euro Series with champions Prema. Season rating: 6 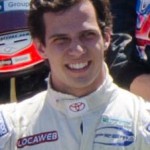 Bonifacio was another surprise package of the series. He may have won the ‘second division’ of South American F3 last year, but TRS would actually provide him with some known competition. He was an unexpected podium finisher at Teretonga, and although he failed to match that result again during the campaign, he did finish up with fourth place at the New Zealand Grand Prix. He’ll race in Formula Abarth in Italy this year – a series he first debuted in towards the end of last year. Season rating: 7 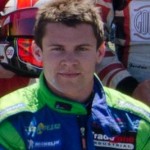 Little known for anything other than racing Porsches in recent years, Lester was impressive during the campaign. Perhaps showed his maturity when he claimed a podium in the first race at Teretonga as other, younger, racers went off left, right and centre. He finished in the top six on several further occasions, and could have had more with a bit more luck. Unlikely to feature on our radar for the remainder of 2012, but certainly set to return for another crack at TRS next year. Season rating: 7 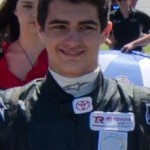 Suranovich was another unknown quantity at the beginning of the series, with only a handful of car races under his belt. An impressive fifth place in the season opener was bettered by a second-place finish one week later at Timaru, but unfortunately things rather derailed after that and he was only scrapping for the minor placings. The downturn in form just happened to coincide with the announcement of his place on the GP3 grid for the year ahead, seemingly chosen by Marussia as the nation’s next young hope. Season rating: 7 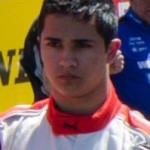 Engineer scooped his best result of the campaign during the Teretonga opening weekend, claiming sixth in the second race of the weekend. Unfortunately, he spurned the pole position given to him courtesy of the reverse grid for the final race, with an early off. He would spend the majority of the rest of the campaign outside of the top ten, barring a seventh place finish at Hampton Downs. For the remainder of the year, Formula Renault UK will form his first full single-seaters campaign. Season rating: 6 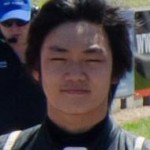 Tanart arrived with what appeared to be a fairly good karting CV behind him, but his campaign was a rather quiet and disappointing one. He managed four top ten finishes, with a best result of only ninth. Other than that, he seems like a consistent finisher with just one non-finish. There’s not much else to add really, but we’re sure we’ll see him racing elsewhere this year – he’s mentioned the Formula Renault North European Cup on his Facebook page. Season rating: 5 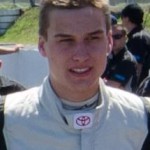 Vlok began the TRS with just some Formula Ford experience at home and in Canada, with a career that had started in BMW saloons. Nonetheless, he would have probably hoped for a bit more up against car racing newcomers and home soil. He managed just two top ten finishes for his efforts. As a Kiwi we wouldn’t bet against him coming back for more in future seasons though. Season rating: 5 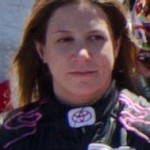 Female racer Cerruti began as the oldest driver in the field, though it was her first competitive single-seater action. Kept it on the island at Teretonga to rack up two tenth place finishes, but she would only acheive such a result on one further occasion. She wasn’t completely out of her depth, but we suggest she sticks to the touring cars if she wants to continue to acheive success in her racing career. Season rating: 5 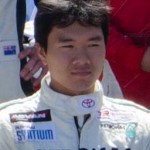 TRS was Moh’s first major single-seater effort since Formula BMW in 2008, so his pace was fairly impressive all things considering. The highlight was a seventh place finish in the third of the races at Timaru, but he placed in the top ten on a few other occasions too. His final championship placing may look a bit poor, but that was mainly down to three retirements and a non-start. Whether we’ll see him in single-seaters again remains to be seen. Season rating: 6 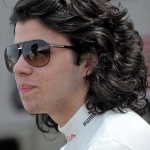 Sendin was another to start his car racing career at Teretonga – and he made a very good start with a seventh and a fifth on the opening weekend. The subsequent rounds saw him somewhat further down the field. He flew home after round three at Taupo to sort out his plans for his European racing season – he was 12th in the standings at the time. The length of his campaign down under means we’ll have to wait before judging his talent. Season rating: 7 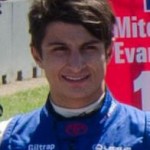 TRS champion in 2010 and 2011, Evans made his return at Hampton Downs, in preparation for his defence of the Grand Prix title at Manfeild the following week. He was instantly on the pace, and took pole position for his first race back – going on to win before collecting a second place in the third race. He was in similar form at Manfeild, winning the first race and coming second in the second. Led the majority of the GP but his car let him down before the finish. All good prep ahead of his GP3 title challenge. Season rating: 8 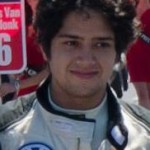 The only full-season entry without a top ten finish to his name, and too often the last man across the line. Enough said. Season rating: 3

His age puts him just a little bit out of our remit, but a complete hero nonetheless for taking on the youngsters in the Grand Prix he won in 1976, 1990 and 2004. Wasn’t far off the pace at all, and was ahead Siddiqi all weekend. Season rating: 7

We’d just like to thank @ToyotaRacingNZ on Twitter for their support and coverage during the series, and we look forward to covering the Toyota Racing Series again next year!

Thanks too to Bruce Jenkins and Toyota Racing Series for the photos.

Where will Italy’s next F1 driver come from?