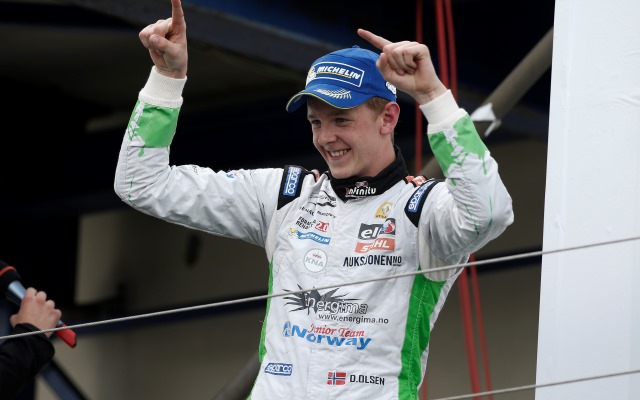 The level of competition in the Eurocup Formula Renault 2.0 is such that anyone fighting at the front can be considered to be a serious prospect. The drivers that have finished in the top three in the standings between 2011 and 2013, for instance: Robin Frijns, Carlos Sainz, Daniil Kvyat, Stoffel Vandoorne, Oliver Rowland, Pierre Gasly and Esteban Ocon. It doesn’t get much better than that. To be a title contender in your first year in the series is therefore particularly impressive, but it’s something that Dennis Olsen is managing in 2014.

Olsen began karting in his native Norway at the age of six, rising up the junior ranks on his way to becoming the Norwegian KF3 champion in 2009. He enjoyed success around the world in 2010 – he retained his Norwegian crown, finished second in the Monaco Kart Cup (between Charles Leclerc and Pierre Gasly), second in the SuperNationals in the USA and third in the German Junior Championship.

In his final year at KF3 level in 2011, Olsen collected a plethora of sliverware. He won a third successive Norwegian title, claimed the German title, beat Max Verstappen to the Winter Cup and won the CIK-FIA Viking Trophy and the WSK Final Cup. He also finished third in the WSK Euro Series behind Verstappen and Ocon.

In 2012 he moved on to KF2 and won the German Championship and the WSK Final Cup, and finished third in the Winter Cup behind Verstappen and Antonio Fuoco.

2013 saw Olsen step up to single-seaters, starting off in the five-round Toyota Racing Series in New Zealand at the beginning of the year. As a karting graduate in a field consisting of many F3 regulars, his campaign began quietly but he improved as it wore on, claiming his best result of fifth during the final weekend. 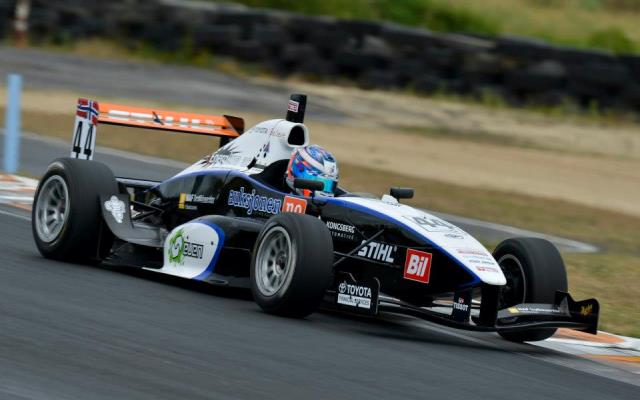 The rest of his maiden year in cars came in the Formula Renault 2.0 NEC, driving for Josef Kaufmann Racing. Impressively for a rookie, Olsen finished all 16 races – scoring points each time with a worst result of 16th. He scored three third-place finishes – one at Silverstone and two at Assen. He actually claimed his first pole position for the final race of the season at Zandvoort, only for it to be cancelled due to rain. He finished a fine third in the standings, behind the more experienced British pairing of Matt Parry and Jack Aitken.

For his step up to the Eurocup for 2014, Olsen switched to Prema Powerteam. His opening round at Motorland Aragon was quiet, with a 13th and and an eighth, but he then came to the fore at Spa-Francorchamps. In race one he claimed his maiden single-seater victory, before finishing second in race two. A ninth and a fifth followed at Moscow to keep him in contention, and at the Nurburgring last weekend he came fourth in race one and scored victory number two in mixed conditions in race two from his first pole.

Matching the results of third-year driver and championship leader Nyck de Vries over the weekend, he moved up to second in the standings, 30 points behind de Vries as the series takes a two-month gap before the final three events.

Olsen was one of the most highly-rated drivers of his age in karting and he appears to have transferred that ability into cars. His rookie season in the NEC wasn’t spectacular but it was superbly solid, demonstrating maturity and discipline to stay out of trouble in an often large and competitive field collect points in every race, prioritising mileage and learning over making an early impression.

Now that he’s stepped up to the Eurocup, he’s visibly stepped up his driving too. There’s a lot of experience on the grid this year, which has made it difficult for some of the sheer talent to shine through, but although Olsen isn’t near the podium in every race, he’s been the class of the field on his day and has still been racking up the points the rest of the time.

The Eurocup’s recent hall of fame suggests that as a frontrunner in his first season, Olsen’s got what it takes to go far. Off track, he has Norwegian management in the form of Even – who also look after rally stars Andreas Mikkelsen, Esapekka Lappi and Pontus Tidemand – as well as British firm Infinity on the racing side. He’s attracted the attention of Red Bull and has been on a driver development programme at Milton Keynes since 2012. Red Bull now seem reluctant to publicly back drivers in the lower categories to avoid doing too much hiring and firing, but if he maintains his current form, there’s little reason why Olsen can’t be promoted to a full-time member of the Junior Team for 2015.

If he were to win the Eurocup title, Formula Renault 3.5 would be the obvious next step. Otherwise, Formula 3 would seem likely – either staying with Prema or perhaps with trusted Red Bull partners Carlin. Aside from any support from within F1, Olsen has a good portfolio of Norwegian backers helping him to become the nation’s first F1 driver. It’s still relatively early days in his career, but if he keeps up his performances, he definitely has the potential to make it. 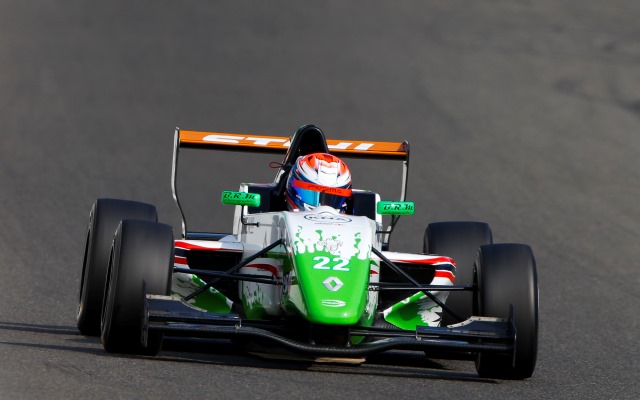 Rossi to stand in for Sato at Campos for Hockenheim