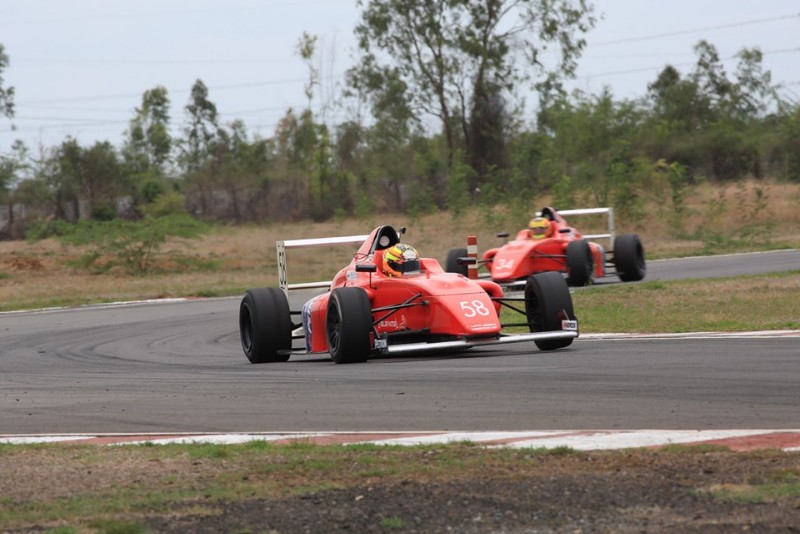 Elias Seppanen held on to the Formula 4 South East Asia points lead during the second leg of the championship’s trip to India.

Only eight drivers competed at the dusty Madras circuit, with the usual contenders of Seppanen, Luca Allen and Shihab Al Habsi fighting up front.

Irishman Allen was fastest in a closely fought qualifying battle with Al Habsi, and looked set for victory in race one until a safety car interruption. He held on at the restart, but within five corners he had lost power and plummeted down the order.

A three-way fight for victory between Al Habsi, Seppanen and Alister Yoong quickly fizzled out, with Al Habsi taking his fourth win of the season. Seppanen and Yoong completed the podium, while Allen’s car recovered to gather crucial points in seventh.

Allen started from the front again in race two, but a penalty for a jumped start meant he was up against it for victory. Although he pushed hard, he could only eke out a small gap to Seppanen, who inherited victory by half a second over Yoong. The penalty dropped Allen to fifth.

A reversed grid was used for race three, with local stars Sneha Sharma and Mira Erda lining up on the front row. It didn’t take long for the pair to be shuffled down the order, with Muizz Musyaffa and Allen taking over the front two positions.

Their lead battle was briefly interrupted by the safety car, and on the restart the battle was decided in Allen’s favour when Musyaffa took to the grass. Yash Aradhya then compromised Musyaffa when he returned to the track, allowing Al Habsi through to second place.

The final race of the weekend was another Allen win, but he had to work hard for it after losing the lead during a battle with Seppanen. That lead lasted very briefly though, as the pair made contact and damaged Seppanen’s front wing. Al Habsi benefited, and snatched second from Seppanen later in the race.

Seppanen’s lead remains at three points over Allen, with Al Habsi moving into third in the standings.