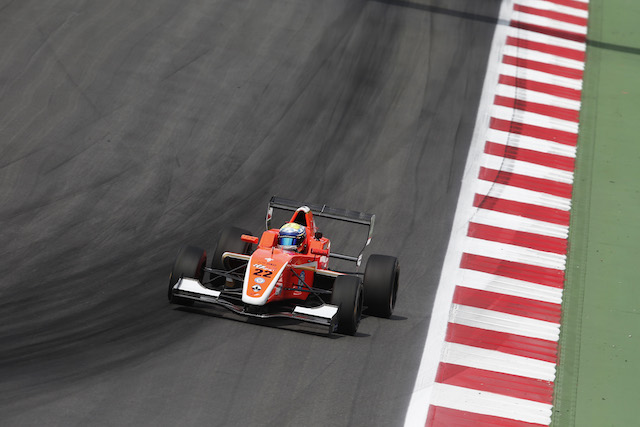 Scott took pole by a third of a second in qualifying and held the lead at the start ahead of fellow front-row starter?Lando Norris.

He was then able to start pulling away as Norris defended from his race one rival?Max Defourny, who managed to make a pass stick at Turn 3 on lap six.

At the end of that lap, Scott’s lead was 2.7 seconds. Defourny had cut this to less than half a second by the final lap, but Scott did enough to take the win.

Dorian Boccolacci dropped to seventh on the first lap but produced a good fightback, even briefly passing Norris for third at Turn 2 before the championship leader responded on the exit.

A lap earlier,?Henrique Chaves passed?Will Palmer for fifth when the Briton ran deep at Turn 2.

Jehan Daruvala,?Ferdinand Habsburg and?Alexey Korneev were next, with Monaco winner?Sacha Fenestraz completing the top 10 from 15th on the grid ahead of his battling Tech 1 team-mates?Hugo de Sadeleer and?Gabriel Aubry, with 17th-place starter de Sadeleer taking 11th at Turn 3 on the final lap.