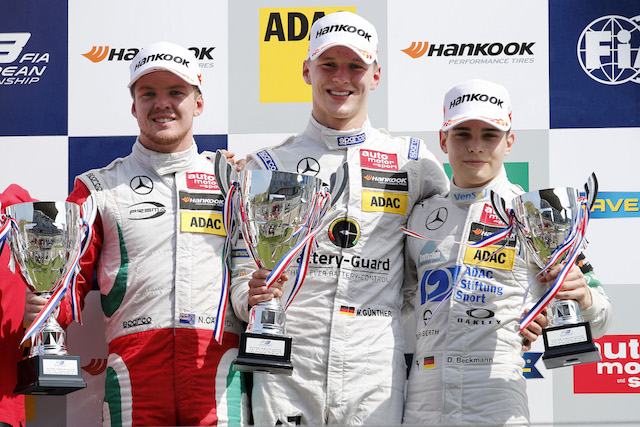 Maximilian Gunther?made it three wins for three different Prema drivers in the FIA Formula 3 European Championship round at Zandvoort with victory in the final race.

The German led throughout from pole position, keeping team-mate?Nick Cassidy?at bay, eventually finishing 1.287 seconds ahead for his third win of the campaign.

David Beckmann had a trouble-free run to score his maiden F3 podium in only his fourth weekend in the series after turning 16.

As in race two,?Lance Stroll?pitted after failing to make progress from the back of the grid, but he’s still 56 points ahead of Gunther with four rounds left.