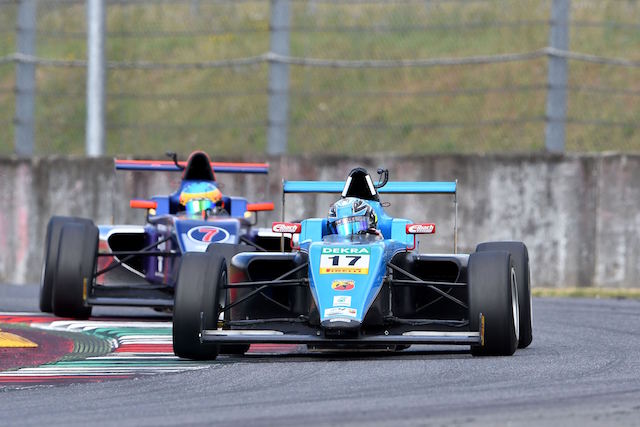 The Argentine, who retired and finished eighth in the first two races of the weekend, swept into the lead past front-row starters?Yan Leon Shlom and?Job van Uitert on the run to the first corner.

From there, he was untroubled, even though his winning margin over Shlom was only 1.2 seconds.

Shlom came under attack from?Yifei Ye, but the dominant French F4 leader spun when he went to the outside of the Russian around the first corner, finding the grass on exit.

Prema’s?Juri Vips just dodged the spinning Ye and was promoted to a second straight podium.

Mick Schumacher, who was Siebert’s closest rival in the points despite missing a round, finished just 0.192s behind Bertonelli from near the back of the grid after his race two collision with team-mate Correa.