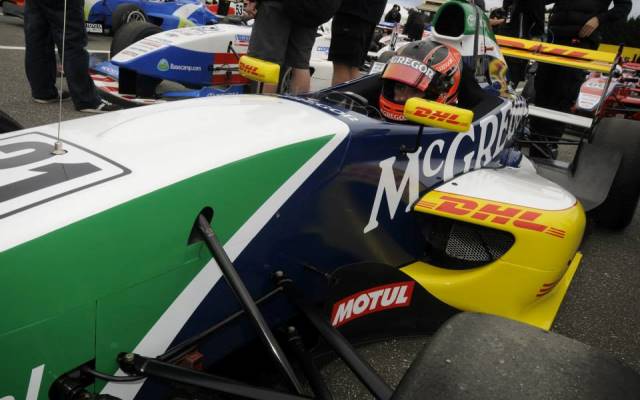 M2 Competition drivers Steijn Schothorst and Egor Orudzhev saw off local favourite Damon Leitch to claim a pole position each at the opening round of the Toyota Racing Series at Teretonga.

Schothorst, a title favourite after finishing fourth in the 2013 standings, finished on top in a first session that was ended early by a second red flag with five minutes left on the clock.

Leitch was three tenths of a second behind in second place ahead of Victor Motor Racing team-mate and fellow New Zealander Michael Scott.

Session two, which set the grid for the third and final race on Sunday, was also disrupted by two red flags, the second of which ended the session early in the final minute. Schothorst was an early pace-setter until Leitch moved ahead before the first of the stoppages.

Upon the restart, Orudzhev moved up to second place past Schothorst and then stole top spot away from Teretonga local Leitch before the second red flag.

Behind Leitch and Schothorst, Macauley Jones claimed fourth spot ahead of Andrew Tang and Levin Amweg. Scott was seventh ahead of Rump, with Matevos Isaakyan and Pedro Piquet completing the top ten.