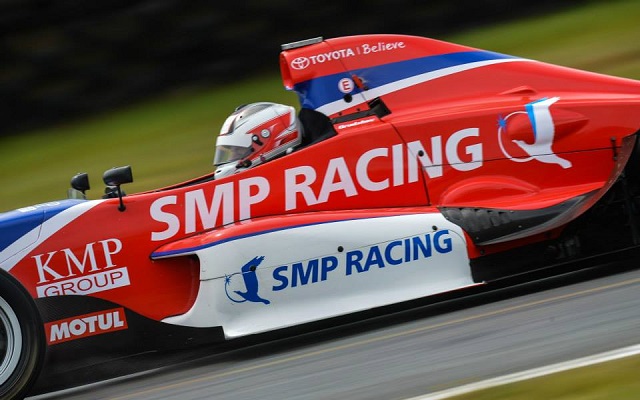 M2 Competition’s Egor Orudzhev took victory in the first race of the 2014 Toyota Racing Series season at Teretonga, having started from sixth on the grid.

Poleman Steijn Schothorst kept the lead during the opening lap, with fellow front row starter Damon Leitch holding onto second. As Orudzhev moved up the grid, eventually passing Jordan Oon for third, the Victory driver ahead of him was ruled out of the race with a broken rear wing.

While Schothorst managed to build up a gap to his rivals over the early laps, it was all for naught when the safety car came out on lap seven. During the subsequent restart, the Dutchman’s car developed a misfire and he slipped way down the order, as his Russian teammate took over in first.

From that point on, Orudzhev kept Estonian Martin Rump at bay until the race was red-flagged with two laps to go, which gave the M2 racer his maiden victory in single-seaters. Oon completed the podium, ahead of best-placed local racer Michael Scott and Denis Korneev.

Jann Mardenborough took sixth, while Andrew Tang was promoted to seventh after Levin Amweg was given a post-race penalty. Matevos Isaakyan took eighth, as Matteo Ferrer and Neil Alberico inherited ninth and tenth respectively due to Martin Kodric having brought out the red flag and being classified as a non-finisher.

The grid for the second race will be decided by a draw that determines the reversal of either the top four, six or eight finishers from race one. For the final race of the round, Orudzhev will lead Leitch from pole.