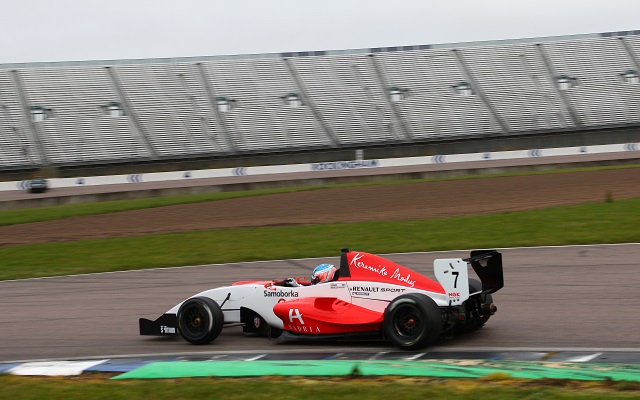 Kodric, 16, graduates karting with a stellar CV that includes victories in the Croatian championship, the Italian Rotax Max Challenge and the Trofeo Andrea Margutti in the KF3 class.

His first foray into single-seaters came in November of 2013, as he joined Fortec for the Protyre Autumn Cup at Rockingham. He took his maiden podium in the final race of that weekend and finished third in the standings.

Kodric’s exact schedule for 2014 has not been released, yet it is apparent he will be present for the opening rounds of both the Alps (April 5-6 at Imola) and the NEC (April 12-13 at Monza) championships. Apart from that, the 16-year-old will contest the Toyota Racing Series that is kicking off this weekend at Teretonga.

The young Croatian is the most recent driver in the series of high-profile signings by Fortec’s FR2.0 division, which will field FR1.6 star Martin Rump in the Eurocup, Protyre Autumn Cup champion Ben Barnicoat and BRDC F4 race winner Charlie Robertson in the NEC series and karting prodigy Charles Leclerc in Alps.