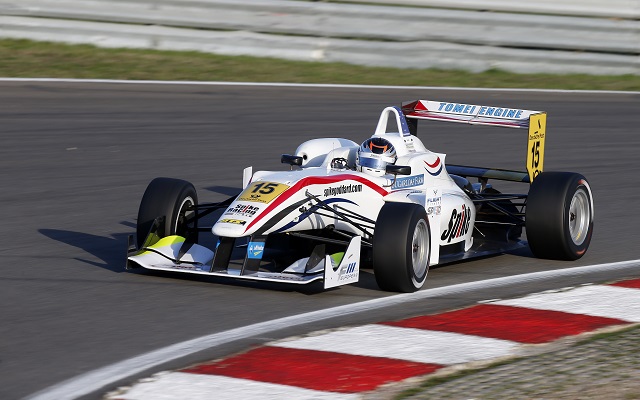 British squad T-Sport have unveiled the first name in their 2014 European F3 lineup, as they retain their 2013 driver Spike Goddard.

The 21-year-old Aussie made his debut in European F3 last year and finished the campaign with a best result of 15th, achieved in four different races throughout the season.

Prior to that, Goddard took the National Class title in British F3 in his first year with T-Sport, while earlier he finished tenth in a season of British Formula Ford.

“Spike has worked really hard over the last two years and has made good progress,” said team boss Russell Eacott. “European F3 is the highest level of F3 racing so it is a massive challenge for all of the drivers and makes them work for the results. With the knowledge that Spike has gained in 2013 we look forward to fighting for points in the coming season.”

The British team is set to field three cars in 2014, with Sims and F3 Open frontrunner Alex Toril appearing as clear frontrunners for the remaining seats.