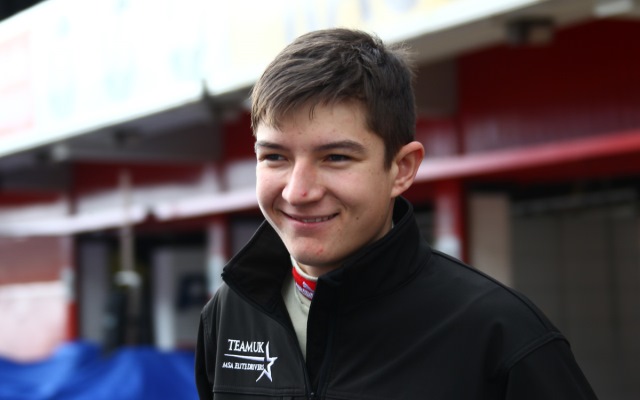 Jake Dennis has signed with Carlin for his move into the FIA F3 European Championship this year.

Dennis is the fourth driver supported by the Racing Steps Foundation to drive for Carlin’s F3 squad. Oliver Turvey and James Calado finished second in the British series with the team in 2008 and 2010 respectively, while Jack Harvey won the crown in 2012.

“This is an amazing opportunity for me to show what I can do in an open formula with one of the strongest teams out there,” said Dennis, who won the McLaren Autosport BRDC Award in 2012.

“Formula 3 is often referred to as motorsport’s university because of the opportunities it gives young drivers to learn about different aerodynamic and mechanical set-ups over and above the one-make series that I’ve raced in so far. I’m under no illusions as to how hard it’s going to be in my rookie year racing against drivers with a lot more experience than me. But I’ll be with one of the best teams out there which will be a big help.

“My main 2011 Formula Renault NEC title rival Jordan King finished sixth and top rookie with Carlin last year with two podium finishes to his name, so that’s the benchmark I’ll be doing my best to better by the end of the season.”

RSF founder Graham Sharp said: “The drive is fully deserved. Jake showed he was a serial winner during his time in karting and has replicated that title-winning form since making the transition from karts to cars.

“In placing him with Carlin we are giving him the best possible chance to make his mark in what is, without doubt, one of the best proving grounds for would-be professional racing drivers.”

Team boss Trevor Carlin added: “Jake is an undoubted talent but like all drivers making the move from one-make series into Formula 3, he’ll need to get his head down and work hard. Everyone at Carlin will do their bit to help him bed in as quickly as possible, as will the RSF which has a terrific record in bringing on young drivers in F3 with us.

“The rest is down to Jake. But, in his first three years in single-seaters, he’s shown he’s a fast learner so from that point of view we expect him to be amongst the front runners.”

The signing of Dennis follows the announcement yesterday of Ed Jones as Carlin’s first driver for the coming FIA F3 season. Antonio Giovinazzi previously confirmed that he and Sean Gelael would be racing for the team, while Tom Blomqvist and Jordan King are also expected to be part of the line-up.