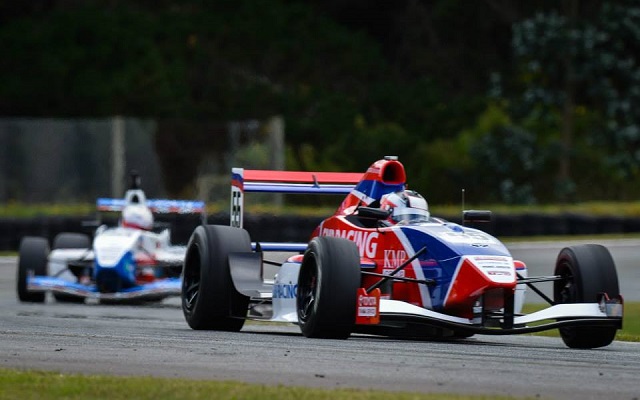 Russian racer Egor Orudzhev posted the quickest time of the second day of practice ahead of the Toyota Racing Series opener at Teretonga.

Orudzhev and Martin Rump were the main players in fighting for the top of the timesheets in the first session and, with numerous late improvements from both drivers after early red flags, it was the Russian who took the honours. With Rump second, Levin Amweg was third ahead of Andrew Tang and Steijn Schothorst.

Pedro Piquet continued progressing on his debut round of single-seaters, taking an impressive sixth, with the ETEC pair of Jordan Oon and Matevos Isaakyan in seventh and eighth. Victory’s Michael Scott took ninth, making it five teams in the top ten, ahead of Denis Korneev in tenth.

Session two saw a drying track and it was American Ryan Tveter who topped the leaderboards, narrowly besting the Russian duo of Orudzhev and Isaakyan. Schothorst and Tang were again in the top five, ahead of Damon Leitch, Oon and Piquet, while Gustavo Lima and Jann Mardenborough rounded out the top ten.

The track was full-on wet for session three, which proved ideal for sophomore racer Schothorst, who led Lima and Martin Kodric in the top three. Orudzhev was four tenths off in fourth, with Mardenborough in fifth and James Munro in sixth. Neil Alberico took seventh, with the top ten made up by Rump, Robin Hansson and Korneev.