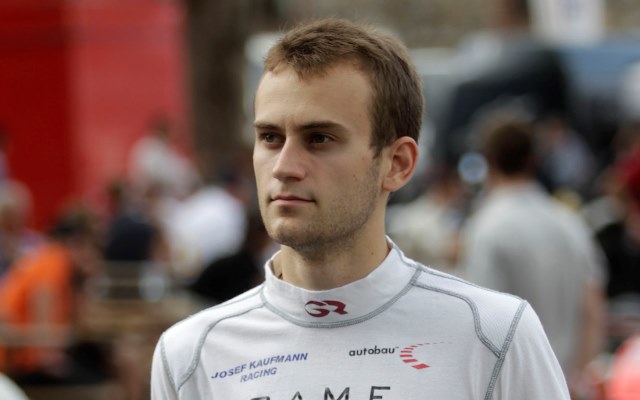 Ryan Tveter has signed with Carlin for a move up to the FIA F3 European Championship this year.

The American driver has competed in Europe for two seasons in Formula Renault 2.0. He finished 16th in the NEC in 2013 driving for Fortec, and improved to ninth in 2014 after a switch to Josef Kaufmann Racing, claiming a second-place finish at Assen.

He also took part in the Eurocup last year, scoring a solitary point.

The 20-year-old has joined Carlin after testing for their F3 team at the end of last year.

“It feels great to be joining Carlin for the 2015 FIA Formula 3 European Championship,” said Tveter.

“My first time in the F3 car was with Carlin at Silverstone at the beginning of December. I immediately felt very comfortable in the car, and the team?s professionalism and experience really helped me to be very quick straight away.

?There were a lot of drivers going after the same seats so competition in testing was intense, but I am so pleased to have earned a spot. Moving up to FIA F3 with the most successful team in junior single-seater racing is a great milestone, and I?m working very hard for the season ahead.”

Trevor Carlin said he was pleased with what he had seen from Tveter in testing.

?I have to say that we have been very impressed with Ryan?s performance so far,” he said.

“Not only was his pace very good, but Ryan also has a great approach and attitude. He wants to learn and he wants to win.? We believe with Ryan?s work ethic and application he will be a competitive driver this season, despite it being so early in his racing career.

“We had to make tough choices again this year as we were looking at a lot of talented drivers and only had six seats for FIA F3. Ryan proved himself very well in winter testing and we are excited to build on that for the season ahead.?