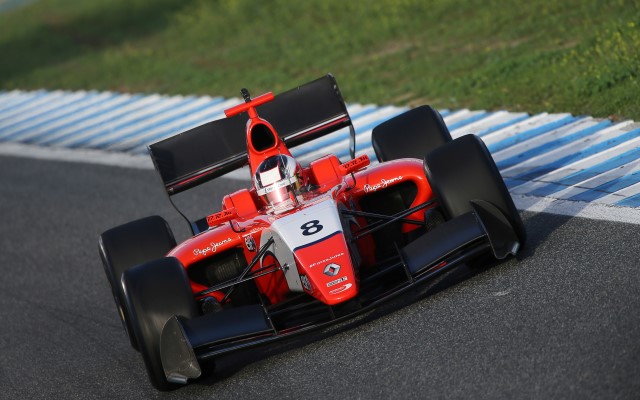 The 19-year-old Russian started his single-seater career in 2012, taking tenth in French F4, before signing up with Tech 1 for a dual campaign of Eurocup FR2.0 and FR2.0 Alps.

Finishing seventh in Eurocup, he was one of the best rookies of 2013 and he stayed in the series for a sophomore season in an attempt to win the championship. However, his 2014 season somewhat a disappointment as he only finished eighth.

A member of the SMP Racing scheme, Orudzhev has signed up with Arden Motorsport for the forthcoming season. Arden has been part of Formula Renault 3.5 since 2012, fielding drivers such as Alexander Rossi and Antonio Felix da Costa. Last year the duo of Pierre Gasly and William Buller duo led the team to third in the team’s championship.

“I am glad to present SMP Racing in one of the most prestigious and fast series,” said Orudzhev.

“SMP Racing supported me in junior classes, and we were able to show good results. Also I am happy to join the Arden Motorsport team – one of the best in Formula Renault 3.5.

“Previously, I had the opportunity to test the car, and during our tests I quickly found good communication with the engineer, as well as mechanics and team managers.”

Arden’s Garry Horner said he was impressed by Orudzhev during the tests at Jerez and Motorland Aragon in late 2014.

?It is great to have Egor join the team this year,” said Horner, father of team founder Christian.

“We have been impressed with his performance during end of season testing at both Jerez and Motorland. He has the advantage of being familiar with the World Series by Renault programme and the also the circuits we have visited and raced at with the Eurocup FR2.0 for the last two years.?

Orudzhev is the third confirmed Eurocup driver to graduate to FR3.5 as Nyck de Vries and Aurelien Panis have already signed with DAMS and Tech 1 respectively.