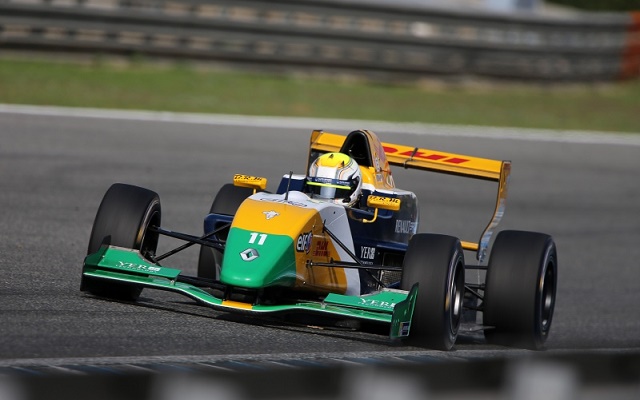 Having began in cars in 2012, Sorensen completed two seasons in the national Formula Ford series, winning on nine occasions and finishing runner-up in his sophomore campaign.

He went on to star in French F4, sweeping the rounds at Val de Vienne and Nogaro on his way to comfortably securing the title.

He tested with Manor MP at Jerez after the completion of the Eurocup season, while his older brother Marco Sorensen had delivered MP’s first victory in the GP2 Series earlier.

MP have figured in the Eurocup Formula Renault championship since 2008, having celebrated a maiden win in their first season via Paul Meijer. They struggled to get back to the front until 2013, when RSF racer Oliver Rowland finished runner-up for the team.

Manor MP were the sixth best team in 2014 despite running only two full-time entrants, with two victories courtesy of Andrea Pizzitola.