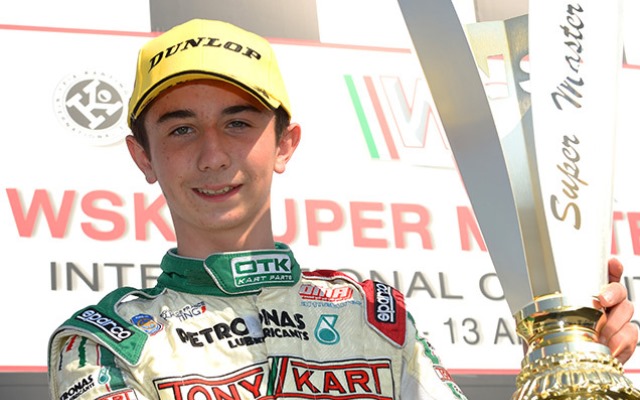 The 16-year-old showed his talent several times throughout his karting career, including winning Grand Prix Open Karting KF3 in 2012, finishing third in Trofeo Andrea Margutti KFJ in 2013 and taking tenth in the CIK-FIA KF European Championship in 2014.

As part of his preparation for this season, Aubry raced in AsiaCup at Sepang at the end of 2014 where he took third on two occasions out of six races and finished the Super 6 weekend in sixth in the standings.

Aubry is the first confirmed driver of the 2015 French F4 season and is likely to be one of the most promising French karting graduates on the grid.