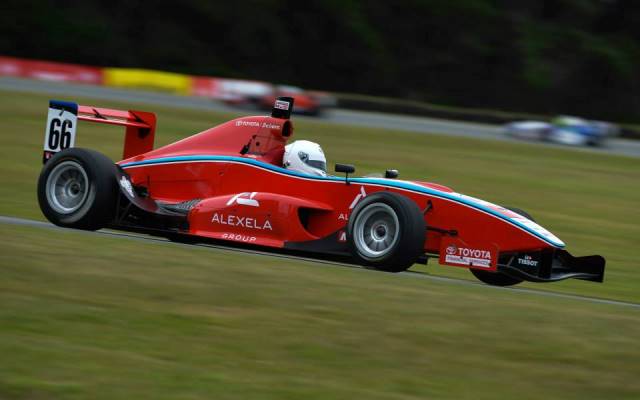 Giles Motorsport’s Martin Rump got off to a great start in his 2014 Toyota Racing Series campaign, as he topped both Thursday practice sessions ahead of the championship’s opening round at Teretonga.

In session one, Rump beat his teammate Jann Mardenborough by more than 0.6s and was more than a second clear of the rest of the field. With Mardenborough in second, another series returnee Andrew Tang took third, with Russian rookies Egor Orudzhev and Matevos Isaakyan rounding out the top five.

There was, again, no matching Rump in the second session, with the Estonian narrowly improving on his earlier benchmark. Orudzhev took second ahead of Ferrer, Leitch and Macauley Jones.

Tang was sixth, sharing an identical time with single-seater debutant Pedro Piquet, as Martin Kodric, Michael Scott and Tveter made up the rest of the top ten.