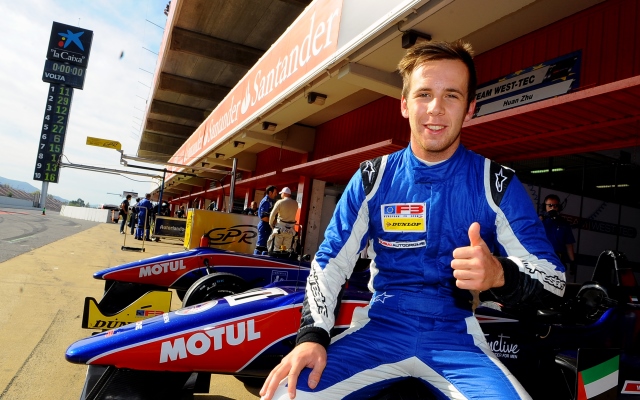 F3 Open champion Ed Jones has signed with Carlin for his first full season in the FIA F3 European Championship.

The 18-year-old contested the Hockenheim round of the series last May as well as the Macau Grand Prix in November with Fortec Motorsports, who he had been with for the past three years in Intersteps and Formula Renault 2.0.

However, he has now joined rival squad Carlin for his full-time graduation into the category. He is the first driver that the team have officially confirmed for 2014, but Antonio Giovinazzi has already confirmed that he and Sean Gelael have joined the outfit while Tom Blomqvist and Jordan King are also expected to be part of the line-up.

“Carlin have a fantastic reputation in Formula 3 and it is very exciting to be joining the team for the 2014 season,” said Dubai-based Jones.

“I completed several days testing with the team before Christmas and really enjoyed driving the car. I can?t wait to get on track for the first official test and build on our progress over the winter.”

Trevor Carlin is confident that Jones will be a success at his team.

“As reigning Formula 3 Open Champion Ed clearly has the pace to run at the front,” said Carlin. “He tested with us before Christmas and we were very pleased with his progress over that short time.

“Ed helped us with several technical changes and his feedback as well as his pace was very impressive. He settled into the team well and I?ve no doubt that he will be a real asset in 2014.”