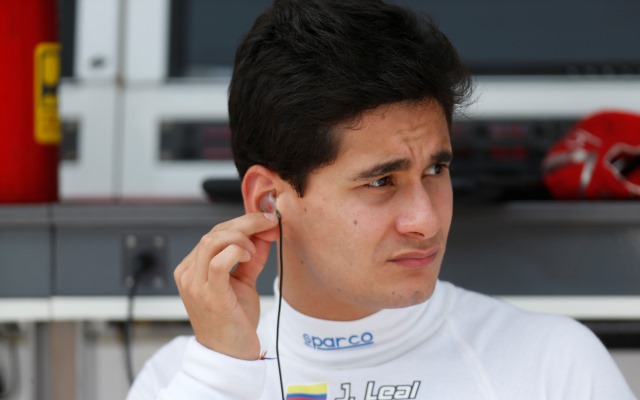 Julian Leal has signed with Carlin for this year’s GP2 season.

The 2014 campaign will be the Colombian driver’s fourth in the series. Last year he claimed two podium finishes in sprint races at Spa and Monza, driving for Racing Engineering as team-mate to champion Fabio Leimer. He finished 12th in the final standings.

He previously finished 21st in 2012 with Trident and scored no points in 2011 with Rapax.

He tested with Trident, Hilmer and Arden in Abu Dhabi at the end of 2013, but has instead joined Carlin for the coming year. The British team finished second in the teams’ standings in 2013 with drivers Felipe Nasr and Jolyon Palmer, level on points with champions Russian Time.

?I?m delighted to be racing with Carlin this season,? said 23-year-old Leal.? ?The team were very impressive last year and have a great reputation.

“Together with Carlin I think we can have a very strong season and I can?t wait to get in the car in Abu Dhabi.?

Trevor Carlin believes that Leal’s experience will be a benefit to his team.

“We?re delighted that Julian is joining our GP2 team for the 2014 season,” said Carlin. “He is a very experienced driver and will bring a lot to the team. We can?t wait to get back on track in March and build on the fantastic progress we made in 2013”