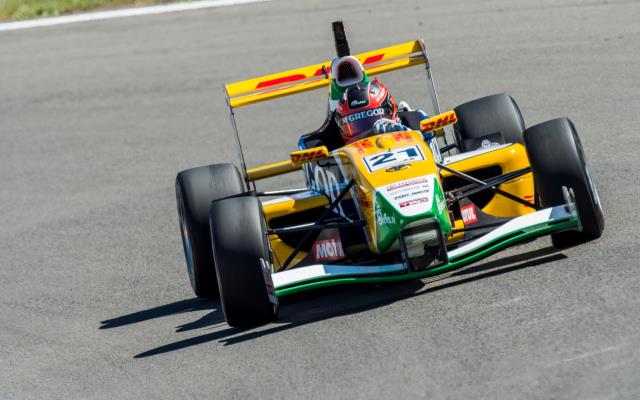 The 2014 junior single-seater racing season gets underway this weekend with the tenth edition of the Toyota Racing Series. The championship’s compact format of five consecutive race weekends scaling the length of New Zealand in January and February continues to make it a popular destination for international drivers looking to get in some race practice at the start of the year.

This year’s grid is made up of 23 drivers, 19 of them visiting from overseas. Although the entry list lacks some of the big-name F3 drivers of previous campaigns, there are a large number of promising – if lesser known – youngsters. What’s more, while home-grown talents Mitch Evans and Nick Cassidy have claimed back-to-back titles in the past four years, the door is open this time for one of the tourists to become the first international champion.

From the crop of 2013, the best-placed returning driver is Steijn Schothorst. The Dutchman (pictured above) shone last year, progressing from a podium at the opening round to claim a maiden win at the final event. He finished up fourth in the standings, behind Cassidy and F3 stars Alex Lynn and Lucas Auer. Back in Europe he had a disappointing second year of Formula Renault 2.0 in the Eurocup with just one podium finish, but did prove his abilities with three wins from four weekends in the NEC. Back with M2 Competition in TRS, the 19-year-old will be hard to beat if he can carry on where he left off 11 months ago.

Schothorst is joined by five rookies at reigning champions M2. Egor Orudzhev may fancy his chances of challenging the team leader, having finished ahead of him in the Eurocup standings in a fine debut season. The 18-year-old Russian finished up an impressive seventh in the standings, taking nine points finishes despite being surrounded by a number of more experienced rivals. He has just re-signed to lead the champion Tech 1 team in the 2014 Eurocup.

A third Eurocup racer in the M2 line-up is Levin Amweg. The Swiss driver won the domestic Formula LO title for ex-FBMW cars in 2012, but had to make do with just one points finish in his rookie year in the ultra-competitive Eurocup. Gustavo Lima was a race-winner in South American F3 and a podium finisher in BRDC F4 in 2013, and is joined at M2 by fellow Brazilian Pedro Piquet. Another son of triple F1 champion Nelson, Piquet is the youngest driver in the 2014 TRS field at 15 and fresh out of karts.? Completing the team is Macauley Jones, who was fourth in Formula Ford last year in his native Australia and is the son of V8 Supercar team owner Brad. 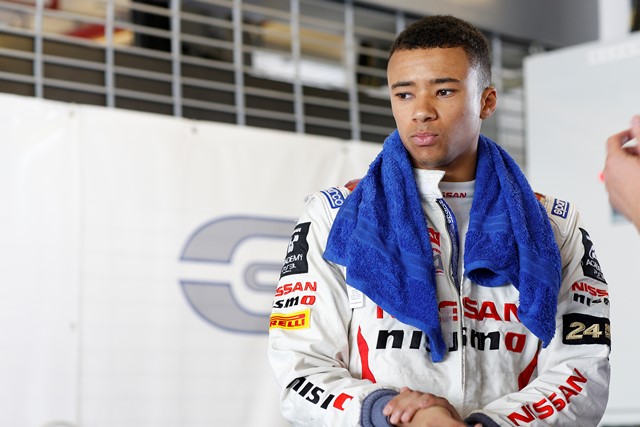 Joining Schothorst as a pre-season favourite is the team leader at M2’s chief rivals Giles Motorsport. Jann Mardenborough made his single-seater debut in TRS last year and finished tenth in the standings with four top-six finishes. He also narrowly missed out on a pole position, lining up second only to GP2 ace Evans. A winner of Nissan’s lauded GT Academy competition, he now has a year of F3 with Carlin under his belt and could move onto GP3 this season. While his F3 results didn’t grab the headlines, his pace was great at times and the experience gained will benefit him on his return to TRS. So will a move from ETEC – where he was the top performer in 2013 – to multiple champions Giles.

The rest of the Giles line-up lacks experience, but has the potential to surprise. American Ryan Tveter arrives off the back of his maiden European campaign in Formula Renault 2.0 with Fortec, finishing 16th in the standings with top five finishes at Spa-Francorchamps. Two drivers arrive from Protyre Formula Renault in the UK – with Matteo Ferrer and?Matt?Rao having finished 14th and 15th in the 2013 standings respectively. Perhaps the most promising of the Giles drivers is Estonian Martin Rump, who narrowly missed out on titles in Formula Renault 1.6 in the Northern European Cup and in Sweden last year and will race for Fortec in the Eurocup in 2014. Malaysian GT racer Alif Hamdan completes the Giles six, supported by fellow Porsche cup racer and former TRS star Earl Bamber.

New Zealand’s best chance of continuing its winning streak lies with Damon Leitch. The 21-year-old will be going into his fourth TRS campaign with the Victory Motor Racing team, and finished third in 2012 before slipping back to eighth last year. He will be joined for the first time by his younger brother Brendon Leitch, who finished second in the national Formula Ford series last year. A third local Michael Scott returns for a second campaign with the team, while an international flavour is brought to the team by Sweden’s Robin Hansson and American Neil Alberico. 16-year-old Hansson won the Formula BMW Talent Cup in 2013, while Alberico was runner-up in USF2000 and races in TRS with support from the Team USA Scholarship. 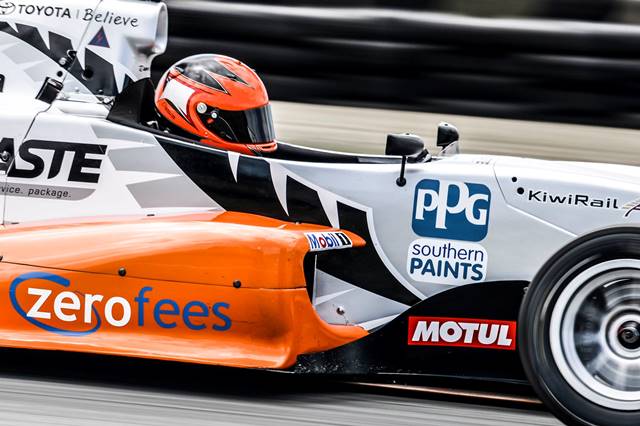 The oldest driver on this year’s grid is 23-year-old Australian Jordan Oon, one of four drivers for ETEC. A winner in Formula BMW Pacific in 2010, Oon competed in F3 back home and in Britain last year, and also tested in Formula Renault 3.5 at the end of the season. Joining him at ETEC are two Russians: 15-year-old Matevos Isaakyan who finished fifth in French F4 last year and is backed by the same SMP Racing scheme as compatriot Orudzhev, and 20-year-old Denis Korneev – himself a French F4 graduate who competed in Formula Renault Alps last year. Completing the ETEC line-up is successful Croatian karter Martin Kodric, who made his car racing debut in the Protyre Autumn Cup in November.

A fifth team joins the TRS fray for 2014 in the shape of Neale Motorsport. Alongside Schothorst and Mardenborough, Andrew Tang is the third returning international racer. 15th last year, the Singaporean was team-mate to Korneev in Alps. He is paired with?home-grown promise James Munro, who beat Brendon Leitch to the New Zealand Formula Ford title in 2013.