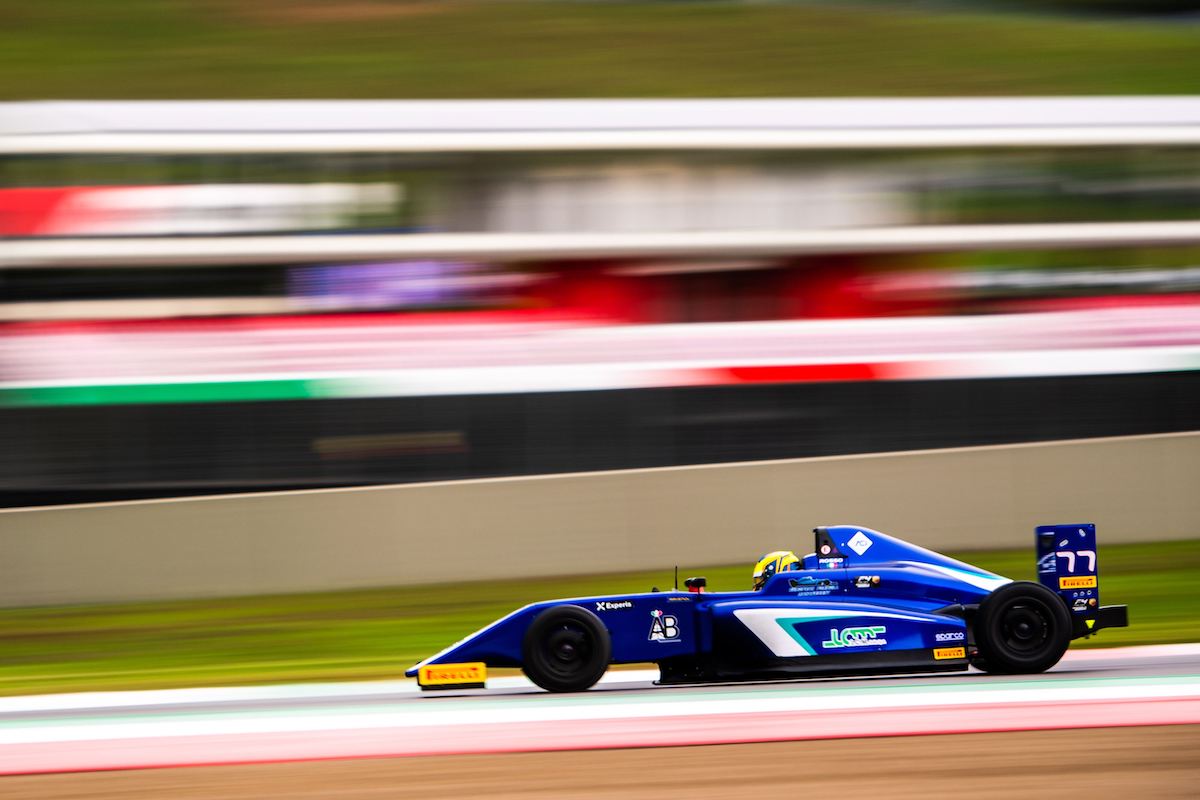 Andrea Rosso beat Gabriel Bortoleto to pole position for the first race of the Italian Formula 4 round at Mugello before the Prema driver claimed pole for the two other races in a wet pair of qualifying sessions.

Already quickest in the dry free practice on Friday, Bortoleto – who’s yet to finish higher than seventh in an Italian F4 race – was leading the first session when it was red-flagged after Kirill Smal found the gravel at Arrabbiata 1.

It looked as though that time might hold through the final six minutes as drivers struggled to beat it, but Cram driver Rosso then bettered it by six tenths of a second with his last attempt.

Gabriele Mini was also in the hunt for pole late on but ended up third ahead of Filip Ugran. Axel Gnos was a surprise fifth for G4 Racing with Santiago Ramos taking sixth on his first appearance of 2020 with Jenzer Motorsport.

Bortoleto led most of the way again in Q2, occupying top spot by just 0.001s over Mini going into the final six minutes.

The Brazilian ultimately shaved almost a second off that time with his final effort, a 2m07.030s. Mini on the other hand couldn’t improve his time but still ended up second, 0.977s adrift.

Dino Beganovic made it a Prema 1-2-3 with Francesco Simonazzi taking fourth with BVM Racing: his third team in four events. Rosso was fifth and Ramos was a strong sixth again.

Van Amersfoort Racing’s Red Bull junior Jonny Edgar took seventh in Q2 having been eighth in Q1 behind Leonardo Fornaroli. Team-mate Jak Crawford completed the Q1 top 10 behind Beganovic and was 11th in Q2. Jenzer Motorsport debutant Francesco Braschi was ninth in Q2, just behind team-mate Ugran and ahead of Gnos.

Bortoleto’s second-best time also gave him pole for race three ahead of Mini and Rosso, with Edgar improving to fourth position.

Taylor Barnard narrowly missed out on the top 10 in his first car racing qualifying session, finishing 11th in Q1 ahead of Braschi and 13th in Q2 behind Crawford and Fornaroli.