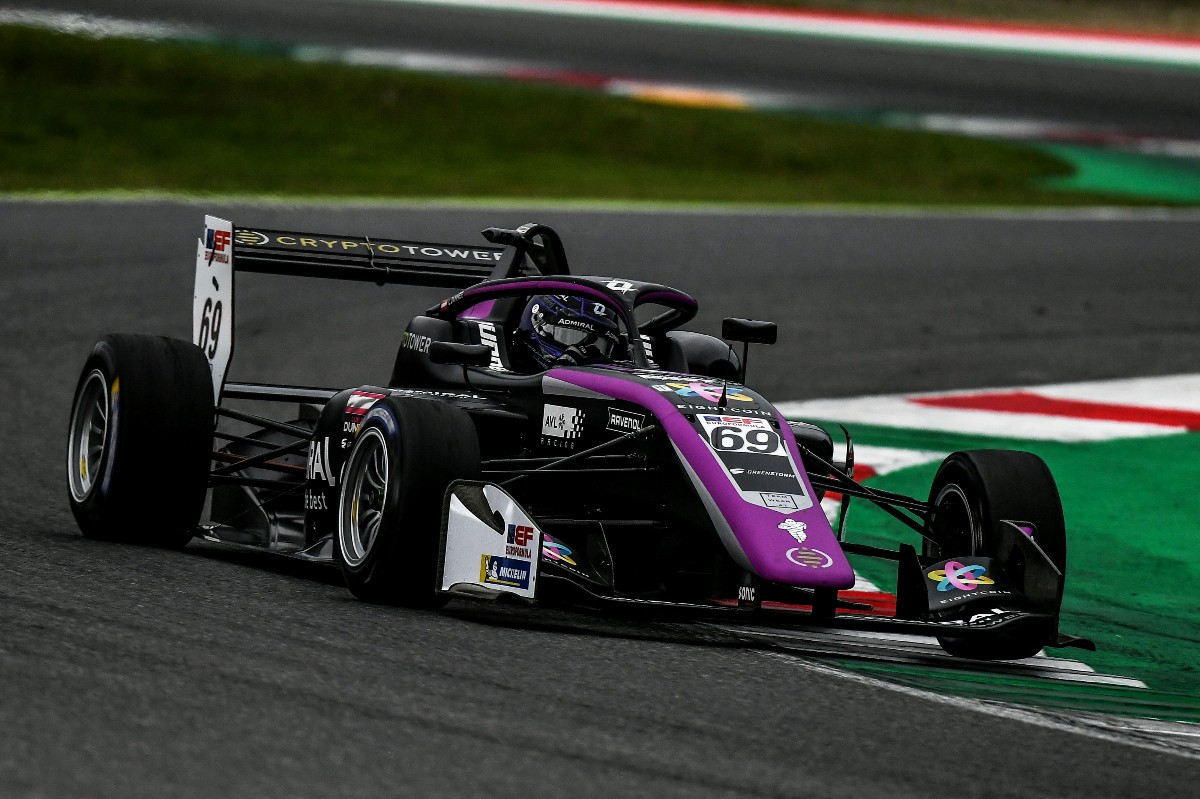 Carlin’s debuting Ben Barnicoat was then next to the front, before Motopark’s Niklas Krutten and then Carlin team-mate Ido Cohen took a few tenths out each of his time to take provisional pole.

A second improvement by Krutten brought laptimes into the 1m55s, still 20 seconds off the free practice pace, and Cohen then pipped him by a tenth to take back pole.

There was then a brief spell where the rain fully abated, and Dunner took half a second out of Cohen’s lap to move into pole position. For the next 10 minutes the rain returned though, and there were only two changes in the top 10.

Dunner ended up being on pole by 0.243s over Estner, with Krutten a further thousandth of a second back in third place.

Ye was fourth, his worst qualifying of the year, and Carlin duo Cohen and Barnicoat were fifth and sixth.

Frontrunner Manuel Maldonado ended up slowest of all, 2.880s off the pace.