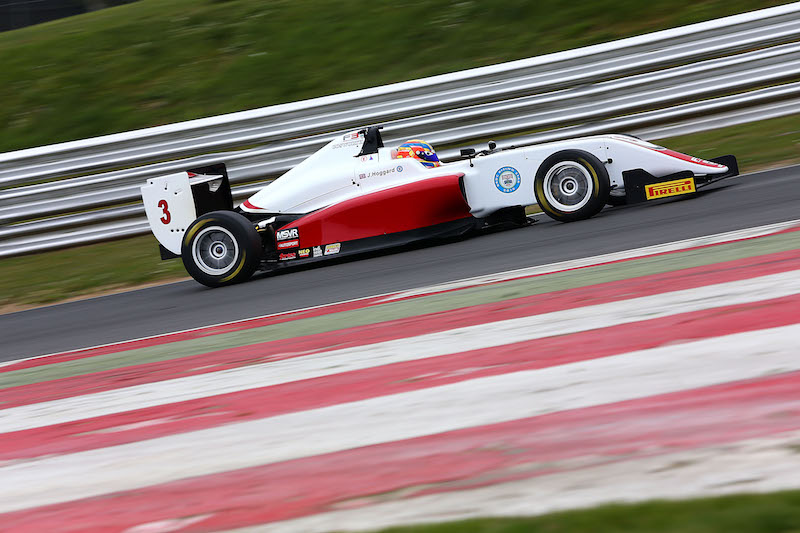 The 2019 title runner-up, who was due to step up to Euroformula this year prior to the coronavirus pandemic, returned to the Fortec Motorsports team he’s spent his junior single-seater career with and went fourth fastest in a day of mixed conditions.

As on Thursday, it was Double R Racing’s Benjamin Pedersen who made the most of the track when it was at its driest to go quickest. His fastest lap came in the final session of the day, and put him over a quarter of a second clear of Carlin’s Kaylen Frederick in second place.

Maini and Hillspeed’s Oliver Clarke were third and fourth in this session, with Clarke failing to improve on his session two time in the afternoon.

Frederick put in two late flying laps to be the driver who started the afternoon on top, by just 0.018 seconds over Pedersen, but the Formula Regional Americas star struck back in the final session of the day once the weather improved.

Maini was again third in session three, but slipped down to fifth at the end of the day as Chris Dittmann Racing’s Josh Skelton and Hoggard bettered him in the final session as well as Pedersen and Frederick.

Carlin’s Nazim Azman ended up sixth overall based off his session three time, ahead of Douglas Motorport’s Ulysse De Pauw and Faria – who also failed to improve in session four.