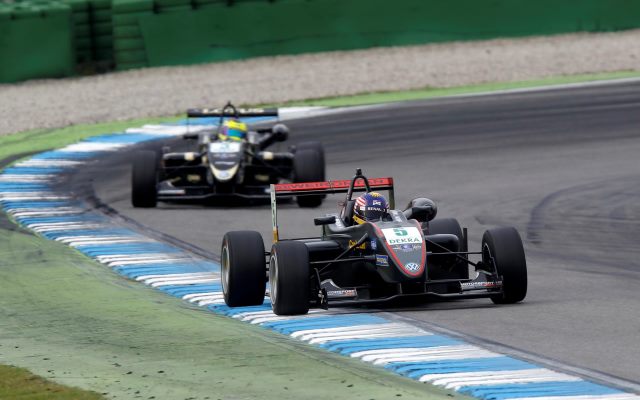 Malaysian driver Weiron Tan took his first German F3 wins at the final round of the campaign at Hockenheim. He had only qualified down in fifth for both races, but was into the lead on lap one of the first race. Champion Markus Pommer would go on to pass him but be penalised for exceeding track limits, allowing Tan to win. An early retirement in race two, Tan would again pick up victory in race three when compatriot Nabil Jeffri retired with mechanical issues.

Indy Dontje secured double pole for the two main races and would finish up with a second place finish in all three races – enough to take third place in the standings away from Sam MacLeod, who was taken out on the first lap of race one and was then seventh and third in the other two.

Pommer’s penalty left him back in fourth in race one, but he claimed his 14th and final win of the year in race two before mechanical issues forced him out in race three. Championship runner-up Jeffri took third place in the first two races before his enforced retirement in race three. 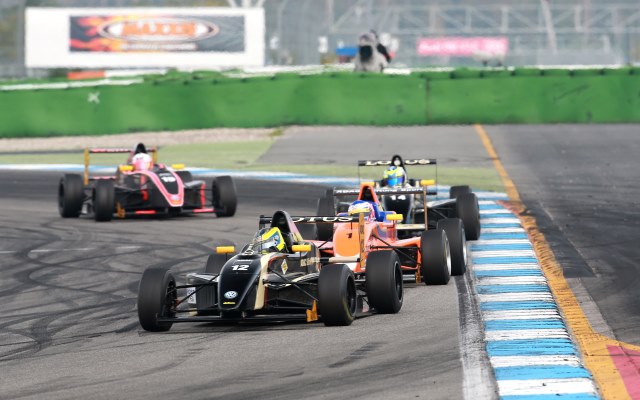 Dennis Marschall ended his rookie single-seater season with a bang as he took two wins from the last ever ADAC Formel Masters round at Hockenheim. In race one he stole the win away from Maximilian Gunther with a last lap pass, but suffered the opposite fortune in race two when champion Mikkel Jensen overtook him on the final tour. Marschall would return to the top step in race three from seventh on the grid.

In addition to his tenth win of the year, Jensen was third in races one and three. Double pole-sitter Gunther had to make do with second, fourth and then ninth, but did secure the championship runner-up position for the second year in a row with Tim Zimmerman third after two fifths and a second place from the final weekend.

Marvin Dienst finished fourth in the standings having not finished higher than sixth all weekend, while Joel Eriksson took fifth thanks to his sixth podium finish of the year in race two. Marschall’s strong weekend was enough to take sixth, four points ahead of Ralph Boschung, who had struggled with straight-line performance over the second half of the season and fallen from a high point of P3. 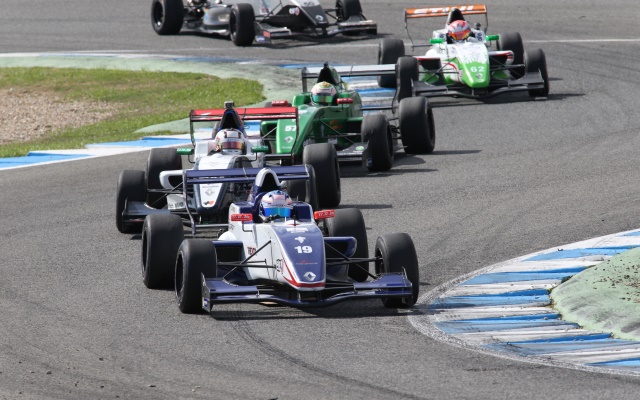 Nyck de Vries completed his dominant Formula Renault 2.0 Alps campaign with a ninth win in the series finale at Jerez. The Dutch driver was beaten to victory for just the fifth time in race one, but won race two from pole position and set the fastest lap as he ended the year with exactly 300 points, and claiming the maximum score for the fifth time from seven rounds.

Bruno Bonifacio put his recent run of poor form behind him in race one to score his first victory since the Eurocup round at Spa at the very start of June. The Brazilian was one of numerous first-lap casualties in race two.

With the field bolstered by Eurocup regulars preparing for their trip to the same circuit in a fortnight, Egor Orudzhev took a third and a second, Matt Parry a fourth and a third and Dennis Olsen a fifth and a fourth. Jake Hughes scored a fifth place for the new Strakka entry in race two.

The battle for P2 in the championship was relegated down towards the bottom of the top ten, but saw Charles Leclerc do enough to secure the place with a sixth and seventh overall (second and third among the Alps scorers) with rival Matevos Isaakyan getting an eighth and a sixth (third and second in Alps). 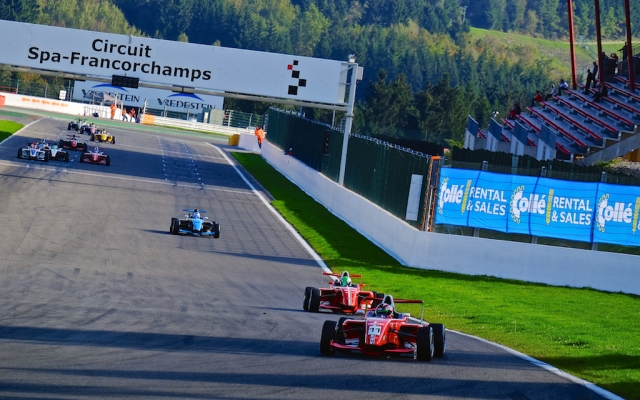 Anton De Pasquale is a step closer to taking the Formula Renault 1.6 NEC title after victory in race one on the category’s second trip to Spa this year. Sixth in a wet race two was the first time he has failed to finish inside the top four this year, but was still enough to extend his championship lead to 79 points. That hasn’t been enough to guarantee him the title though, because a third race has been added to the Zandvoort finale.

Ralf Aron has become the Australian’s nearest rival thanks to a continuation of his strong FR1.6 form, finishing second in race one and then winning race two. De Pasquale’s season-long competitor Janneau Esmeijer had a poor weekend, coming fifth in race one and then failing to finish race two after contact with Aron.

Agustin Lima took his first Formula Renault Argentina win in race one at San Juan from sixth on the grid, with Kevin Toledo and Nicolas Cazal joining him on the podium from tenth and eighth respectively.

Race two followed a less surprising pattern, with Guillermo Rey taking his third win of the season ahead of race one retirements Felipe Schmauck and Martin Moggia.

Rey (fifth in race one) has closed to within four points of leader Federico Cavagnero, who was seventh and fourth in the two races.

A major step forward from the German to enjoy by far his best weekend of the year at the final round – quite a common phenomenon for a rookie. He won two races, including one from ninth on the grid – and was less than a lap away from winning a third. Unfortunately for him, the move to ADAC F4 will mean his momentum won’t be as helpful as usual over the winter, but he has certainly marked himself out as one to watch assuming he continues in F4 next year. 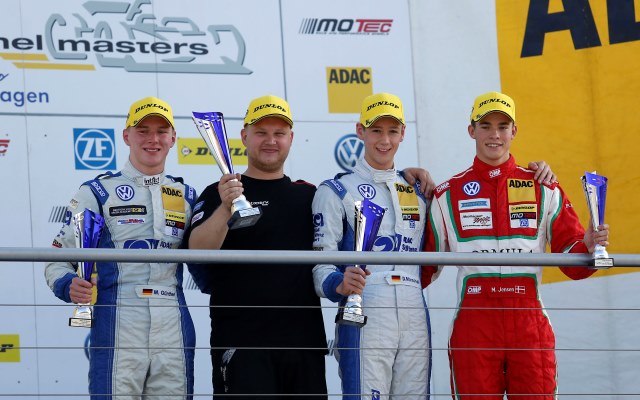