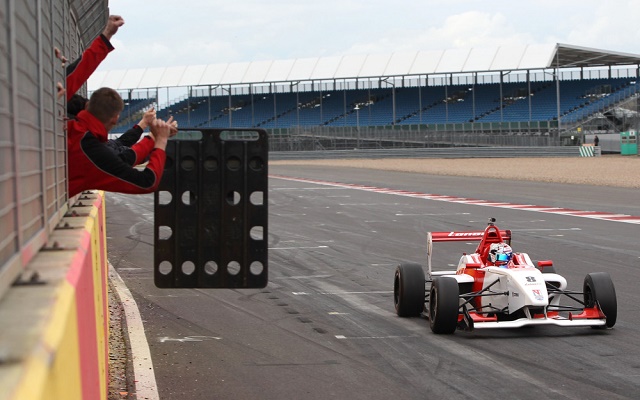 Britain is home to plenty of what are often referred to as single-seater powerhouses ? Carlin, Fortec, Arden etc. ? but the BRDC F4 Championship that began in 2013 has allowed some different names to come to the fore.

Lanan Racing have run the champion driver in the first two years of the series, first with Jake Hughes and now with George Russell. Leading the points until the penultimate round, Russell then overhauled team-mate Arjun Maini in the last race as Lanan completed a one-two finish in the standings.

Both Russell and Maini were newcomers to the series ? Russell out of karting and Maini with small experience from India ? up against second-year competition but Lanan should take some credit for them both adapting so quickly. The team?s third driver Struan Moore was also a podium regular and a race winner on his way to P5 in the points.

Lanan and the rival HHC Motorsport squad took charge of the series in year two, filling out the top six places in the standings with their six cars and often doing the same in races. They won 20 of the 24 races between them, with ten apiece.

Success across multiple championships is one of the criteria that can secure a team a nomination for this award, and Lanan are no different.

In 2014 they also won the F3 Cup series that runs on the same MotorSportVision Racing (MSVR) package as BRDC F4. A category that is often the bastion of gentleman drivers and seasoned single-seater enthusiasts, Lanan took the title with 18-year-old karting graduate Toby Sowery, who was the driver to beat from the beginning and won eight of the 16 races he started.

Next: And the winner is…