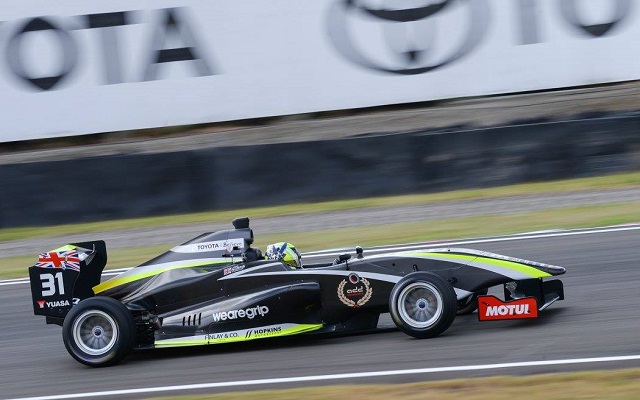 The Briton led every lap of the race, which was once interrupted by the safety car.

The race kicked off with front row starters Norris and Pedro Piquet converting their positions into first and second.

The duo continued to lead the way in the first stage of the race, which ended with a safety car period, caused by Antoni Ptak retiring at the hairpin.

The race continued on lap 11 and while Norris stayed ahead, Piquet found himself being overtaken by Artem Markelov.

The Briton soon stretched his advantage to over a second as Markelov was unable to shake off Piquet and fourth-placed Ferdinand Habsburg.

The duo continued to put pressure on the Russian but had to settle for third and fourth with Markelov securing second.

Force India’s Jehan Daruvala dropped?to seventh from third on the grid before the safety car stint and lost further two spots at the restart.

However, he gained one position back to end up eighth thanks to Guan Yu Zhou losing several positions in the final stages.

UPDATE: Piquet received a 30-second penalty for overtaking under yellow flag, promoting Habsburg to the podium.