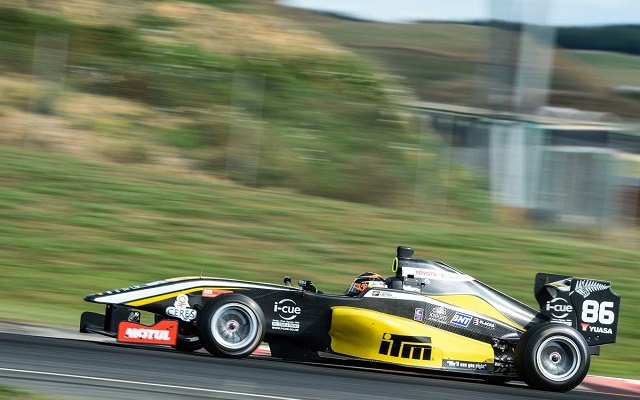 Lando Norris became the 2016 Toyota Racing Series champion with one race to spare as Brendon Leitch was victorious in race two at Manfeild.

Fourth on the grid, the Kiwi driver was into the lead by the end of the opening lap.

However, he was unable to pull away from Jehan Daruvala who, similarly to Leitch, made an early overtake on pole-sitter Antoni Ptak.

While the leading duo completed the race in an unchanged order, Ptak also secured his second podium, having kept Norris at bay.

Despite finishing two spots behind Daruvala, Norris retained a lead of 102 points with only 75 left in the final race.

Habsburg wins race one as Norris gets closer to TRS title