Habsburg wins race one as Norris gets closer to TRS title 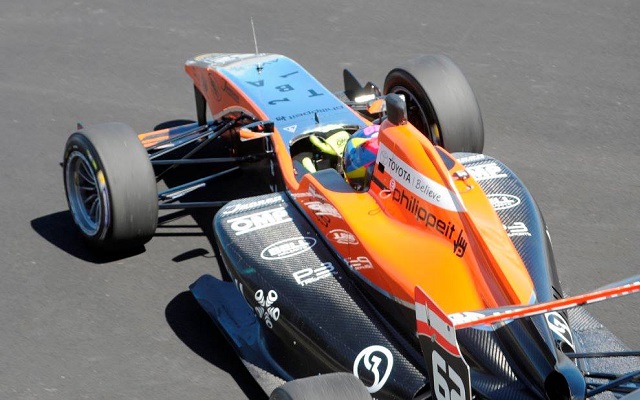 Ferdinand Habsburg scored the?second victory of his Toyota Racing Series campaign in race one at Manfeild.

The Giles Motorsport driver ended up in the lead after a three-way fight at the second?of two?safety car restarts.

However, the safety car was soon deployed as a result of an incident between Artem Markelov and Pedro Piquet, who was forced to retire.

Daruvala had to surrender to the charging duo of James Munro and Habsburg after?the restart but the race was again?neutralised after two laps.

Once back to green, the leading trio went three-way into turn one with Habsburg gaining two positions to claim the lead, which he maintained until the checkered flag.

Munro was also able to get past Norris following a mistake from the Briton to complete a Giles Motorsport 1-2.

Even though he was forced to pit, Markelov, aided by the safety car, fought back to finish seventh.

The top ten was completed by Devlin DeFrancesco, Antoni Ptak and Bruno Baptista.

Following his 10th?podium, Norris increased his championship lead to 115 points over closest rival Daruvala with 150 still up for grabs in the remaining two races.