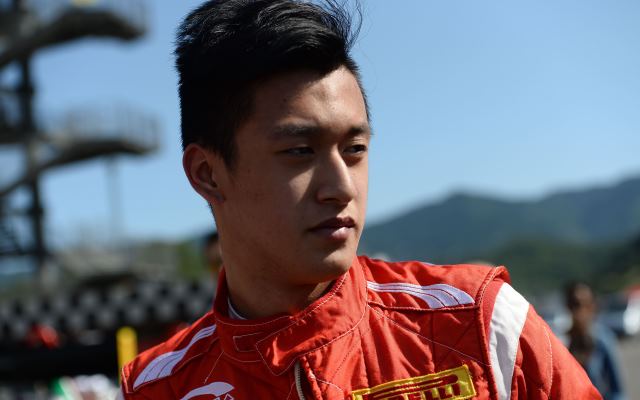 Ferrari’s Chinese protege Guan Yu Zhou has joined Motopark for his move up to the FIA Formula 3 European Championship this year.

Zhou finished as runner-up in Italian Formula 4 in 2015 in his rookie season out of karts, scoring a treble victory at Monza. He then contested the recent Toyota Racing Series in New Zealand, finishing sixth in the standings.

“We noticed his raw talent when he was guesting in a few German F4 meetings,” said team principal Timo Rumpfkeil.

“When he tested in our F3 car, we were mighty impressed with both his speed and his consistency. We?re convinced he will stand good chances in this year?s rookies? championship.

“I?m very happy with our line-up. Thanks to our successful maiden Euro F3 season last year, we got quite a lot of requests.

“Continuing with Camara was a logical choice, which we both wanted from a very early stage onwards. It would have been nice to have another driver with F3 experience, but after Eriksson, Kari and Zhou were all so convincing during their tests, we decided to support them on their first steps on the F3 ladder.

“After all, Team Motopark is well reknowned for finding and teaching young talents, preparing them for their next steps. I?m sure we?ve got a very competitive package both on the drivers? and the technical front.”