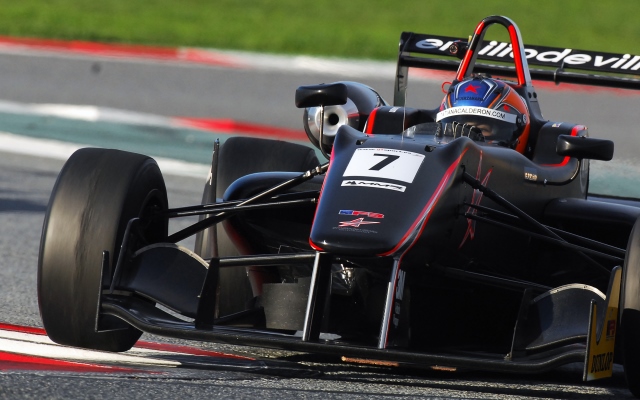 Tatiana Calderon will compete in Euroformula Open races in 2016 alongside her previously-announced campaign in GP3.

The Colombian driver will be returning to a series she previously contested in 2012 (pictured) when she placed ninth in the standings.

She’ll essentially drive for the same team too: the former Emilio de Villota Motorsport squad that was acquired recently by Teo Martin Motorsport.

Calderon will enter a fifth full season driving a Dallara F312 chassis, after spending the past three years in the FIA F3 European Championship.

“I?m so happy to compete alongside Emilio again in this championship and to have the opportunity to join this new team he has created with Teo,” said Calderon, who recently finished runner-up in the MRF Challenge.

“Since I participated in 2012 season, we have maintained a very good relationship and I love the idea of returning to the track together. I’m sure we will achieve great things.”

Calderon added that doing Euroformula Open will make up for the restricted running on GP3 weekends, when she will drive for Arden.

“I also think it will be the perfect complement for GP3 program to address the lack of track time and keep learning to reach my goal.”

The GP3 calendar has yet to be released but there’s likely to be at least one clash between it and Euroformula Open, which is due to race at Silverstone on the Hungarian Grand Prix weekend on 23-24 July.