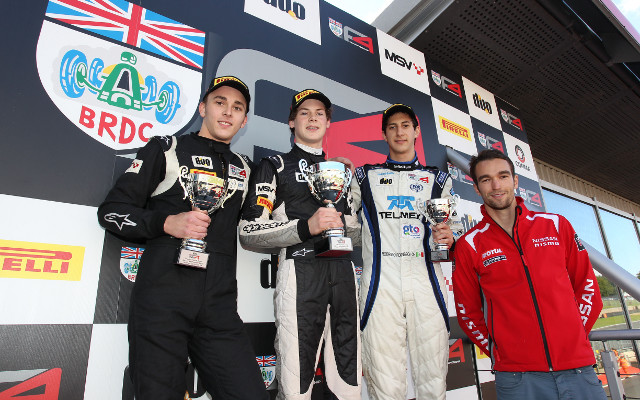 Harri Newey won the penultimate race of the BRDC Formula 4 season at Brands Hatch from reverse-grid pole, tightening his grip on second place in the standings.

Newey finished up 8.522 seconds clear of Jack Lang, who held second place throughout to secure his best result in the series to date.

For the second straight race, Rodrigo Fonseca missed out on second place by a narrow margin. The Mexican worked his way up from sixth on the grid, passing Sisa Ngebulana, Ciaran Haggerty and Jordan Albert.

Albert ended up fourth ahead of Haggerty and champion Will Palmer. Ngebulana was seventh followed by Jack Bartholomew, Chris Mealin and Fernando Urrutia.

Tom Jackson was 12th, meaning the gap to Newey ahead of him in the fight for second in the standings is up to 30, with 35 available in the final race. Haggerty and Fonseca are both within eight points of Jackson.