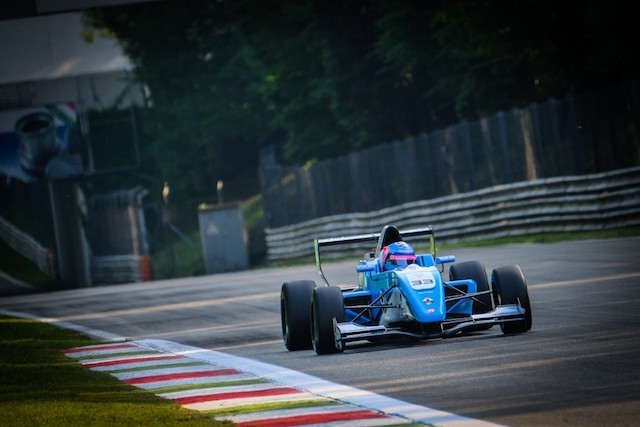 Max Defourny led from start to finish in the second Formula Renault NEC race of the weekend at Monza.

Defourny, who was lapped in race one after pitting with?a gearbox problem, led from pole and was never troubled after making a good start, winning by four seconds.

Lando Norris had a good start from fifth on the grid, taking second away from his Josef Kaufmann Racing team-mate Jehan Daruvala at the Roggia chicane.

However, Norris was unable to challenge Defourny and instead fell back into the clutches of Daruvala later on, and the Indian re-passed the Briton to claim second.

Will Palmer had a much better second race from third on the grid, and he too got ahead of Norris to make it onto the podium.

Race one winner Dorian Boccolacci had a fairly quiet race from sixth on the grid, though he finished just 0.06 seconds behind Norris at the line.

Sacha Fenestraz battled for fifth early on but slipped to 14th after damaging his front wing, while?Robert Shwartzman?was forced to pit after a high-speed off at Ascari from inside the top 10.

Dillmann on pole again after Vaxiviere has lap deleted