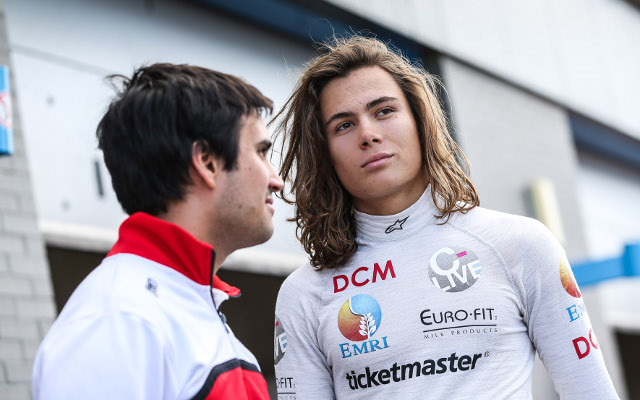 After dominating proceedings at Aragon last week, the Belgian – continuing with his 2015 squad ART Junior Team – set the fastest time of the first day in France with a 2m02.985s in the morning.

?Once again, it was a good day,” said Defourny.

“We set a good time in the morning before focusing on other things.

“Our time would have been better if we went with new tyres in the afternoon like everyone else, but the most important thing is that we continue to progress.?

Norris was also pleased with his performance, given his lack of track experience.

?This was my first day at Paul Ricard,” he said. “I didn?t prepare on the simulator – I usually do – so I needed some time to get used to everything, not like some drivers, especially those who have come over from the French F4 Championship who had already driven here.

“This morning, a few problems prevented me from going out when I needed to, but this afternoon was rather good despite a few mistakes on my run with new tyres.?

Norris’ team-mate and Force India protege Jehan Daruvala was second to Defourny in the morning, 0.323 seconds down.

In the afternoon, de Sadeleer took second ahead of Daruvala, Defourny, Fenestraz and Aubry.

Allen, Alesi and Falchero were next, with the top 10 completed by Nikita Troitskiy, testing for Fortec after his MRF Challenge programme kept him away from Aragon.