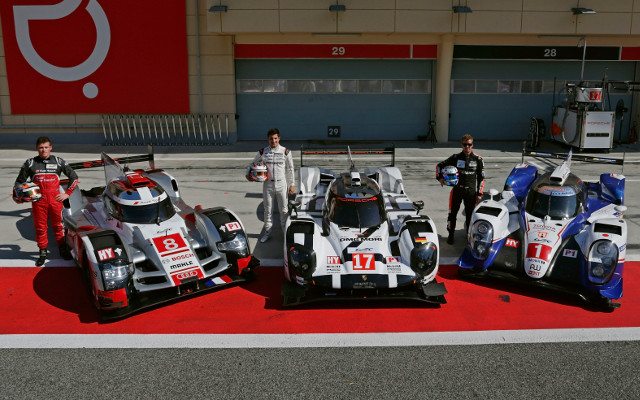 The Kiwi duo – who have both won twice in GP2 this year and starred on their Le Mans debuts in June in the lower classes – were selected by the WEC to test for Audi and Porsche respectively.

They set the second and third best times of the day, behind ex-Formula 1 and current IndyCar ace Juan Pablo Montoya, with whom Evans shared the #17 Porsche 919 Hybrid that his mentor Mark Webber secured the WEC title in on Saturday.

Stanaway will now travel to Japan to test in the Super Formula series this coming week.

The 2012 GP2 runner-up Sam Bird – fresh from winning the WEC LMP2 crown – was the third and final driver chosen by WEC to test in LMP1, in his case for Toyota.

Alongside him was GP3 champion turned GP2 frontrunner Alex Lynn, whose manager Alex Wurz contested the last race of his career with Toyota on Saturday.

Driving with the remaining LMP1 team present at the test was another GP2 racer Rene Binder, who has had a common sponsor with the Colin Kolles-run CLM car this year.

Topping the times among the LMP2 testers was Formula 3 racer Matt Rao for Signatech Alpine, half a tenth ahead of AF Racing BR01 tester Julian Leal, in action for the first time since bringing the curtain down on his 102-race GP2 career last month.